Alcanivorax, an efficient cleaner of our oceans

Our oceans are chock-full of microbes, from the clear blue waters to the darkest depths.  In fact, the reason ocean water is so clear in some areas is due to the nearly perfect utilization of nutrients in the water.  Even though many people might find the thought of bacteria disgusting, they are invaluable members of marine ecosystems.  Along with other microbial life, they are responsible for the majority of the nutrient cycling that keeps everything in homeostasis.1 It is usually when humans mess things up by polluting the environment that problems occur.

It is common knowledge that hydrocarbons like plastics and crude oil are major sources of pollution in our oceans.  Plastics are such a large pollutant that there is a mass in the Pacific ocean known as the “Pacific Garbage Patch” that has been exponentially growing in size for decades, with some estimates placing it as being larger than many countries.2 In a recent article from the blog Small Things Considered, authors Joseph A. Christie-Oleza and Vinko Zadjelovic discuss a fascinating group of bacteria that they call a “brigade of microbial cleaners”, known scientifically as obligate hydrocarbonoclastic bacteria (OHCB).3 This simply means that they need to consume hydrocarbons in order to survive.   Alcanivorax is one such bacterial genus that belongs to this brigade, and it is the most well studied of the bunch.  Because of the niche these bacteria occupy, they exist in very low populations in ecosystems with no pollution.  It was unknown for a time how they survive for long periods of time without any sort of pollution to sustain them.  It turns out that cyanobacteria, which are the most plentiful photosynthesizers on the planet, produce alkanes that are able to sustain these OHCBs at a very low level.

The reason that OHCBs like Alcanivorax can degrade alkanes is through a specific type of enzyme known as a monooxygenase.  With the help of these enzymes, OHCBs are able to oxidize long chain alkanes, such as those in crude oil, that would otherwise be unusable.  Once oxidized they can flow into the beta oxidation pathway to serve as a carbon source.  One of the potential limitations of OHCBs that the authors mention is that it is currently unclear if they can degrade extremely long chain polymers such as polyethylene that make up a large percentage of plastic waste in the oceans, however the authors seem hopeful.  In a recent paper by the same authors, they showed experimentally that Alcanivorax was capable of efficiently degrading synthetic aliphatic polyesters.  Like polyethylene, polyesters are extremely long chain plastic polymers, but Alcanivorax is able to metabolize polyesters with a special type of secreted esterase that breaks up the long chain into smaller subunits that the bacteria can utilize.4  Importantly, these aliphatic polyesters are thought of widely as being more biodegradable and eco-friendly and, as the authors say, now we know that the ocean has a way of dealing with them.

The ramifications of this research are far reaching.  Alcanivorax shows us that the microbial world has an untapped arsenal of powerful tools for solving problems that we are still struggling with.  We just need to put the money and effort in to finding these microbes.  It’s pretty amazing that the ocean microbiome has coevolved in this way to keep these OHCBs as a reserve emergency custodial force, ready to ramp up and do their part. 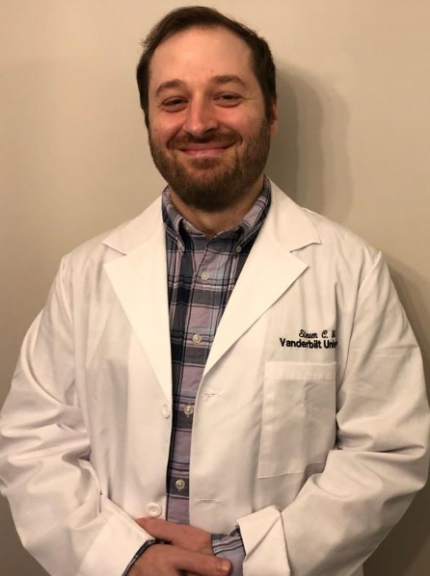