A look at disease vectors: The mosquito

Insects inhabit our world, acting as agricultural pollinators and pests, as well as vectors of diseases. As common disease vectors, mosquitoes have been identified as one of the deadliest organisms in the world [1]. In a recent lecture, Dr. Julián Hillyer took us on a journey through the mosquito, assessing how the mosquito acts as a disease vector and identifying pathogens transmitted by this common insect.

Commonly, mosquitoes acquire pathogens via horizontal transmission while blood-feeding on an intermediary host. However, just because a pathogen enters the mosquito host does not mean that it will be transmitted to a secondary human host. The ability of a mosquito to transmit disease is defined by vector competence, which is influenced by internal factors such as genetics, behavior, and the microbiome, or external factors, such as external temperature, host density, and predator density [2]. Vectoral competence is just one component of the vectorial capacity equation, which is used to define the number of secondary cases of infection that arise from each primary infection [3]. This equation accounts for host factors such as vector density, vector biting rate, and vector survival and adjusts for pathogen factors such as the extrinsic incubation period (EIP) [3]. This equation allows humans to define the magnitude of mosquito disease transmission.

One of the primary parasites transmitted by mosquitoes is Plasmodium, which causes malaria in humans. Belonging to the phylum Apicomplexa, these parasitic protozoa possess an apical complex which is used to invade cells [4]. Malaria infections are most prevalent in tropical regions of the world, such as Africa, South America, and Southern Asia. Five species of Plasmodium infect humans and lead to disease. These species all share a common life cycle and can only infect mosquitoes via a blood meal while in the gametocyte stage. Once in the mosquito, sexual reproduction occurs and forms the zygote [4]. The zygote transforms to its motile stage, an ookinete, and migrates out of the midgut, where it becomes an oocyst. The migration continues to the salivary glands, where the pathogen enters the sporozoite stage of development, 7-10 days after entering the mosquito [4]. Sporozoites are transferred to humans via saliva at the mosquito’s next blood meal. In humans, sporozoites travel to the liver to infect hepatocytes, where the pathogen undergoes asexual reproduction, leading to cell lysis and the release of hundreds of merozoites [4]. Merozoites then infect erythrocytes and undergo asexual reproduction within the cells [4]. The red blood cells lyse, resulting in anemia, and hundreds of pathogens are released into the body to further the infection. The cycle of cells lysing also corresponds to the fever cycles of malaria symptoms.

Mosquitoes are also known to transmit filarial nematodes, which block the lymphatics in humans. Although not deadly, this pathogen can permanently incapacitate people and may lead to ‘elephantiasis.’ This pathogen is commonly found in tropical, developing countries and is acquired by the mosquito during a blood meal. Within the mosquito, the pathogen exits the gut to invade the flight muscles, where it molts from larval stage 1 to stage 3 [5]. From there, it migrates to the mosquito’s mouth parts, where it can crawl into the wound during the mosquito’s next blood meal [5]. Once in the human, the parasite seeks the lymphatics and molts [5]. If males and females are present, they mate and further the infection.

Many viruses, such as Zika, Dengue, and Chikungunya, are also commonly vectored by mosquitoes. However, any pathogen transmitted by the mosquito must overcome barriers to infection within the insect. Mosquitoes illicit a strong immune response after acquiring a pathogen because they experience the infection, too. Dr. Hillyer’s lab studies mosquito physiology, specifically focusing on the combined effects of the circulatory and immune systems of the mosquito to understand the molecular components of the mosquito’s immune response to infection. If we understand the biology of the vector, we may be able to identify new ways to control diseases transmitted by this common insect. 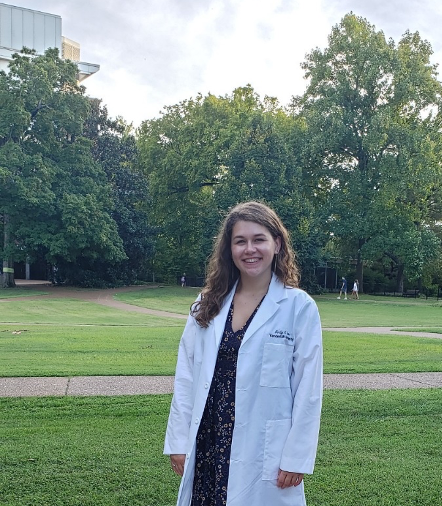