The Vanderbilt Memory & Alzheimer's Center would like to announce our January lecturer in our VMAC Guest Lecture Series, Dr. Donna Wilcock, Sweeny-Nelms Professor of Alzheimer's Disease Research at the University of Kentucky. The Wilcock lab is interested in vascular cognitive impairment and dementia; the second most common cause of dementia behind Alzheimer's disease. They have projects to examine the molecular mechanisms of vascular cognitive impairment, focusing primarily on inflammatory processes, as well as projects that determine the influence cerebrovascular disease has on the progression and severity of Alzheimer's disease, as well as how these vascular pathologies affects response to Alzheimer's disease targeted therapeutics.

Dr. Wilcock's presentation will take place on Tuesday, January 26th in Light Hall 214 (at the Vanderbilt University Medical Center) from 8:15-9:15am. Her presentation is titled, "Developing Animal models to Study the Vascular Contribution to Cognitive Impairment and Dementia." 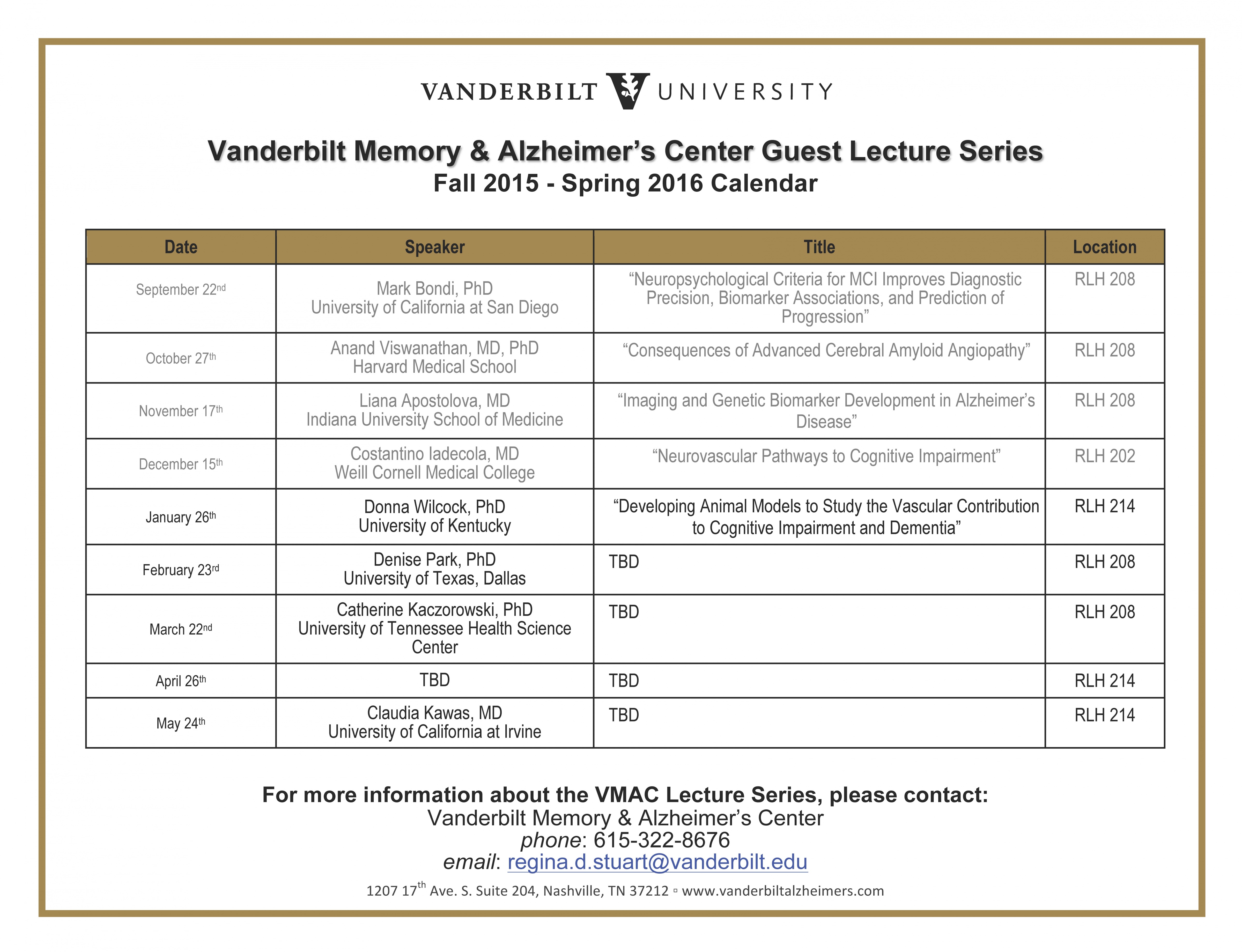 Vanderbilt University School of Medicine designates this live activity for a maximum of 1 AMA PRA Category 1 Credit(s)TM. Physicians should claim only the credit commensurate with the extent of their participation in the activity. 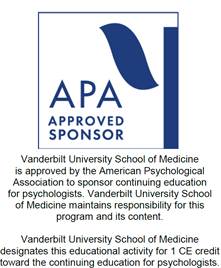 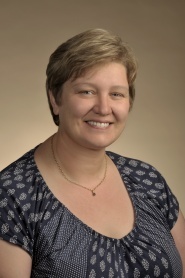 Want to hear about upcoming lectures?