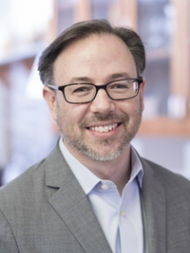 Dr. Irish received his Ph.D. from the Cancer Biology program at Stanford for studies in Garry Nolan’s laboratory, and previously earned B.S. degrees in Chemistry and Biology from the University of Michigan.

During his Ph.D. research with Dr. Nolan, he created a new technique to measure signaling responses in individual cancer cells and applied it to the study of leukemia patient clinical outcomes (Cell 2004). An advantage of this single cell approach is that signaling can be characterized in rare populations of cancer cells and contrasted with the bulk cancer cell population or with tumor-infiltrating non-malignant cells. In his postdoctoral research with Dr. Ronald Levy, he applied this technique to dissect B cell signaling in follicular lymphoma (Blood 2006) and healthy B cell development (J Immunol 2006). This project culminated in the identification of lymphoma negative prognostic (LNP) cells that are closely associated with progression to aggressive disease and lower overall survival (PNAS 2010). With collaborators, he has now shown that LNP cells exist in other B cell cancers (BMC Cancer, Br J Haematol 2012), are distinguished by a set of genetic driver mutations (Blood 2013), and suppress tumor infiltrating T cell signaling via PD-1 (Blood 2013). Together with Nolan lab alumni Nikesh Kotecha and Peter Krutzik, he developed Cytobank (www.cytobank.org), a cloud computing service used by thousands of researchers worldwide to manage, analyze, and share flow cytometry data on the web.

Going forward, the Irish lab is working to understand how changes at the single cell level alter signaling in healthy cells and lead to therapy resistant populations in human diseases. The lab approach involves (1) creating innovative bench and computational tools, (2) application of these tools to dissect fundamental cell biology, and (3) translation of key discoveries into new therapeutics and treatment strategies. A key tool for this approach is mass cytometry, a next generation analytical flow cytometry technology capable of measuring more than 40 features of individual cells. Mass cytometry compares markers of cell identity, activated forms of signaling molecules, and makers of cell function – including cell cycle stages, proliferation, and cell death – on single cells in mixed populations of primary human tissues. Dr. Irish is leading the development of mass cytometry at Vanderbilt, one of the first 15 institutions worldwide to acquire the technology. The goal to study control of signaling networks in healthy and malignant cells forms the basis of an NIH/NCI R00 grant that supports the Irish lab. Ultimately, by better understanding biological systems which control development and cell-cell interactions in healthy and diseased contexts, we can learn to program cells to become therapeutic agents or target malignant signaling events to specifically kill cancer cells.

A central goal of our research at Vanderbilt is to understand how changes at the single cell level alter signaling in healthy cells and lead to therapy resistant populations in human diseases.

In the Irish Lab, we use new tools and computational approaches to do basic and translational research in human cancer and immunology.

In addition to making discoveries at the frontier of human genetics and immunology, we aspire to use knowledge of cell signaling to create therapeutic technologies and to guide clinical decisions.  In the long term, great potential exists to detect disease earlier and to tailor a patient’s therapy to the biological alterations detected in the cells of their disease.  By better understanding biological systems which control development and cell-cell interactions in healthy and diseased contexts, we can learn to program cells to become therapeutic agents or target malignant signaling events to specifically kill cancer cells.