During this episode of “This Week in Microbiology”, host Michael Schmidt (@TWiMSchmidt) reviewed a paper titled “Regulatory Evolution Drives Evasion of Host Inflammasomes by Salmonella Typhimurium” by Ilyas et al. Schmidt highlighted the creative strategy the authors used to understand how Salmonella Typhimurium (STM) evolved to survive within the host during infection. Previous research discovered that STM became a pathogen when it diverged from Salmonella bongori (SBG) through the acquisition of a pathogenicity island (Jennings et al., 2017). This pathogenicity island allows STM to cause the symptoms we normally associate with a Salmonella infection. To control the expression of the genes in the pathogenicity island, researchers found that a regulatory two-component system (SsrA-SsrB) was also inherited (Tomljenovic-Berube et al., 2010). Illyas et al. hypothesize as to how the divergence of STM from SBG enables STM to survive in a new intracellular niche

After a brief discussion of the background, host Michael Schmidt jumped into the findings and experiments of the paper. To begin their research, Illyas et al. noted that many of the genes controlled by the SsrA-SsrB system in STM had orthologs in SBG. Therefore, the authors reasoned that differences in the gene regulation by SsrA-SsrB could explain how STM is able to survive in the host. From RNA sequencing, Illyas et al. identified 20 genes that were upregulated in STM, but downregulated in SBG and 14 genes downregulated in STM, but upregulated in SBG.  Illyas et al. were particularly interested in a set of genes controlling motility that were downregulated in STM, but upregulated in SBG. In order to understand the functional significance of this differential regulation, Illyas et al. performed two experiments that I thought were really interesting and exciting. The first experiment, a bacterial swimming assay, determined that activation of SsrB reduced motility in STM and increased swimming in SBG. The hosts then shared a story from author Bushra Illyas about how she first noticed changes in motility by observing the bacterial pellet after centrifugation! Additionally, the authors imaged STM and SBG upon SsrB activation and measured a dramatic reduction in STM flagella. Both experiments confirmed the functional effects of the differences in gene regulation in STM and SBG.

Determining the differential impact of SsrB activation in STM and SBG, led the authors to better understand how STM is capable of residing in a host during an infection. The authors hypothesized that STM downregulates flagellar genes to avoid recognition by the host’s immune system. To test their hypothesis, the authors measured the production of IL-1b and caspase-1 in STM after SsrB activation. Caspase-1 is activated upon recognition of flagella, and activated caspase-1 triggers the production of IL-1b, which stimulates our immune response. Illyas et al. determined that SsrB activation reduced the amount of caspase-1 and IL-1b produced from macrophages infected with STM. Thus, the authors revealed that SsrB dampens the immune response of the host to STM. The hosts discussed how the authors discovered that the acquisition of SsrA-SsrB by STM allows it to subvert the host’s immune system and limit inflammasome activity. Significantly, the hosts end the podcast with a discussion of an emergent, highly virulent strain of Salmonella that possesses fewer flagella, thereby showcasing the importance of the findings of Illya et al. 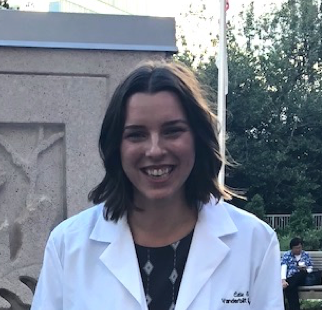