Although depression is common, many people do not receive treatment for their illness because they do not recognize the symptoms which may include:

The label of depression as a mental health issue carries a stigma for some who still think of depression as a personal weakness instead of recognizing it as an illness. Although treatment is readily available, medical problems, drug interactions, and difficulty tolerating the side effects of certain older medications often complicate matters. "Newer advances in medications for the treatment of depression are much better tolerated," notes Judith Akin, MD, psychiatrist for the Faculty and Physician Wellness component of the Work/Life Connections-EAP at Vanderbilt.

"Depression may go unrecognized," notes Rosemary Cope, EAP Counselor for the Vanderbilt Work/Life Connections-EAP. "Untreated depression can lead some to turn to suicide as the only way they see to solve the problem. Depression can distort reality for that person causing them to forget about their importance to friends and family."

"Often a reduction in cognitive abilities such as concentration and memory is experienced before other symptoms are noticed. Losses and changes in one's life can trigger symptoms of depression, which can be reversed with proper treatment. People may be suffering needlessly," adds Cope. "Your doctor, clergy, or a therapist may be able to evaluate this and suggest a course of treatment. If you start to think about suicide, that's a cue to seek help immediately." 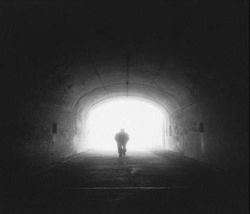