The connection between vascular health, or heart health, and cognition, or memory and thinking, has been of scientific interest for over a century. The weight of the human brain is only 2% of total body weight. Yet, it receives 15% of blood flow, and uses 20% of all the oxygen the body consumes. Currently the scientific community understands that vascular health is one major category of risk factors for Alzheimer’s disease.  Research from our group suggests that even modest changes in cardiac output, in other words changes in how much blood the brain receives, are associated with clinically detectable neuropsychological impairment, reduced gray matter volume, increased white matter hyperintensities (WMH), reduced normative cerebral perfusion values, and incident dementia, especially Alzheimer's disease. Alzheimer’s disease and heart disease are in the top six leading causes of death in the US. About 85.6 million Americans are living with some form of cardiovascular disease. 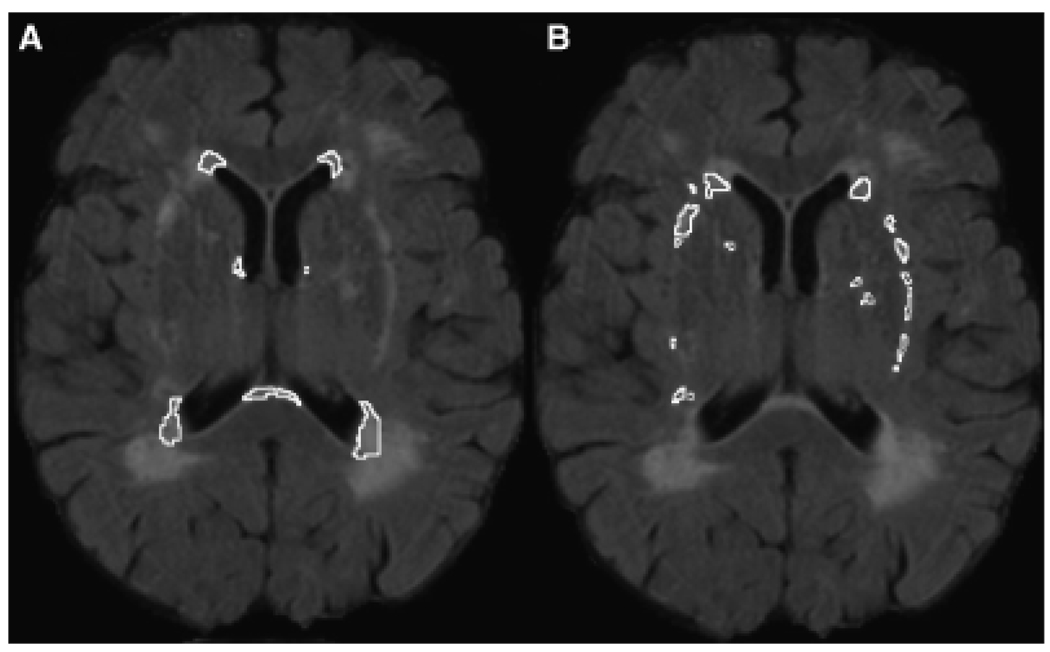 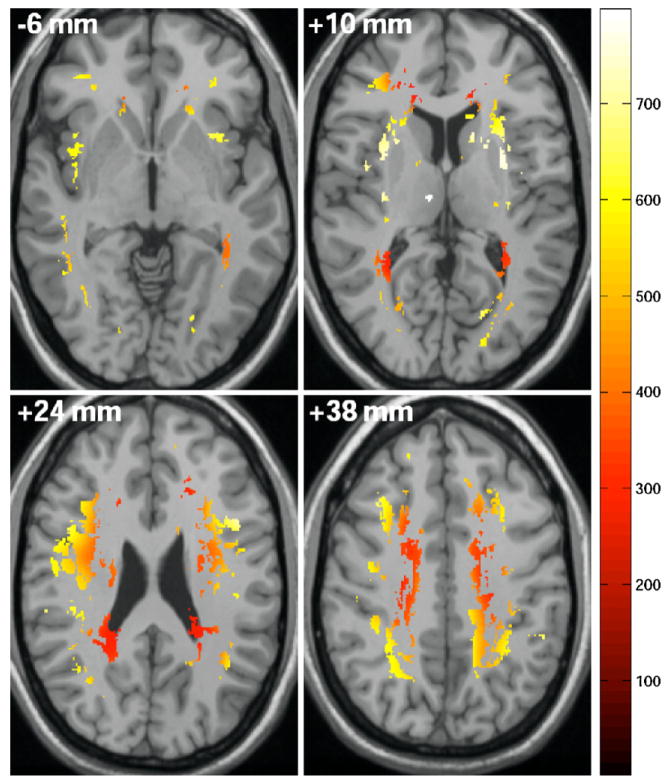 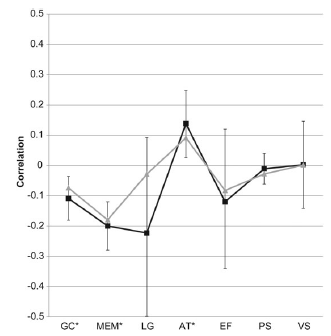 Collectively, research from our group and others suggests vascular health factors are associated with Alzheimer’s disease. Whether this association is causal remains unknown. Three pathways for how vascular health impacts memory are plausible (see figures below). The first, cardiovascular disease (e.g., myocardial infarction, congestive heart failure) may act as a mediator. That is, the presence of cardiovascular disease, rather than any one risk factor (e.g., hypertension), drives the link between vascular risk factors and cognition. The second, heart disease acts as a pathway of injury in the brain. In other words vascular risk factors, such as hypertension and diabetes mellitus, start a pathway of injury to cognition by disrupting the brain’s blood vessels. Over time, vascular risk factor burden can contribute to prevalent cardiovascular disease. Alternatively, and the third possible pathway, it is plausible that no causal pathway exists, and any reported connection between vascular risk factors and abnormal cognitive aging is epiphenomenological, or the interaction between environment and our genes, in nature. 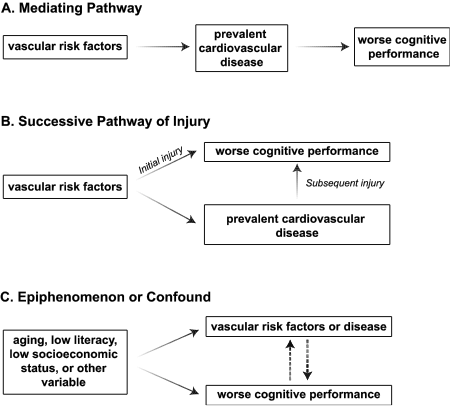 Participate in a Study