As the population ages, late-onset Alzheimer's disease (AD) is becoming an increasingly important public health issue. Clinical trials targeted at reducing AD progression have demonstrated that patients continue to decline despite therapeutic intervention. Thus, there is a pressing need for new treatments aimed at novel therapeutic targets. A shift in focus from risk to resilience has tremendous potential to have a major public health impact by highlighting mechanisms that naturally counteract the damaging effects of AD neuropathology. Interestingly, at autopsy, approximately 30% of cognitively normal individuals have the pathological features of AD. Research from VMAC's Computational Neurogenomics Team has begun to uncover genetic factors that explain some of the observed disconnect between neuropathology and clinical dementia. More specifically, through integration of in vivo biomaker and autopsy data into a unified model of resilience, our group is able to perform large, comprehensive analyses of genetic resilience.

Quantifying resilience is challenging. Past research was often limited to individuals with “asymptomatic” Alzheimer’s disease (AD), a phenomenon in which individuals show no memory loss or other symptoms of AD during life, but after death their brains show all the signs of this disease (e.g., β-amyloid plaques and aggregation of tau). However, this definition of resilience drastically compromises statistical power by focusing on only a small subset of the population. Adding to the challenge, resilience definitions often combine the construct of reserve (e.g., predisposition towards protection) with resilience (e.g., better than expected performance despite neuropathology).

Our work addresses these challenges by leveraging a continuous resilience measure. Response to pathology appears to be best represented on a continuum given that the vast majority of cognitively normal individuals have at least some neuropathology at autopsy, and there is substantial heterogeneity across people who meet pathological criteria for AD. Building on the cognitive and brain reserve literature, we integrated co-calibrated cognitive data along with AD biomarkers to construct composite resilience measures (Figure 1). Our composite resilience measures can be harmonized across datasets, strongly predict protection from cognitive impairment (Figure 2), are easy to interpret, and enable large, well-powered resilience analyses. 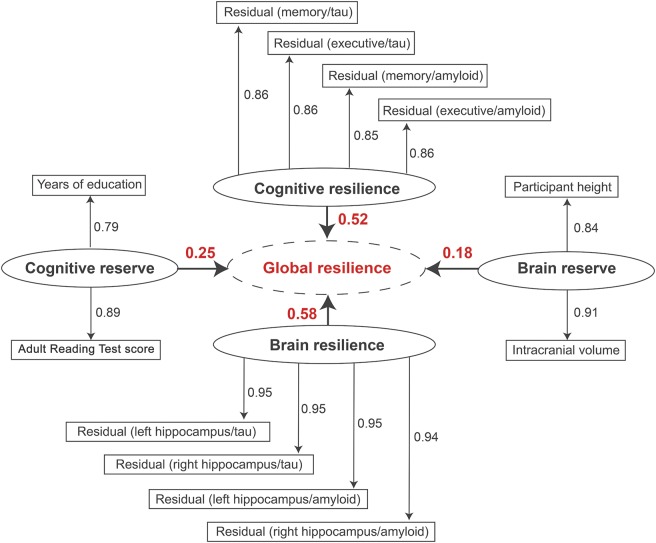 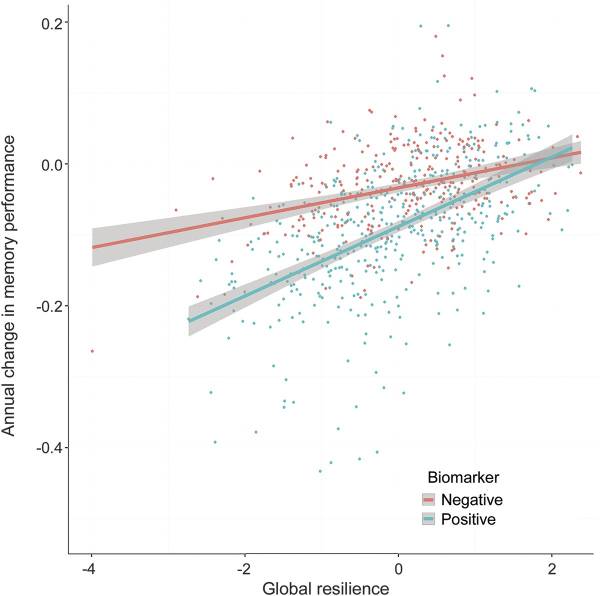 Figure 2: Higher levels of global resilience are related to slower rates of cognitive decline, particularly among individuals who are positive for biomarkers of AD neuropathology. (Hohman et al., Neurology, 2016.)

Identifying the molecular factors that underlie the resilience observed in asymptomatic AD may provide novel therapeutic targets for clinical intervention and provide additional insight into the genetic architecture of AD. 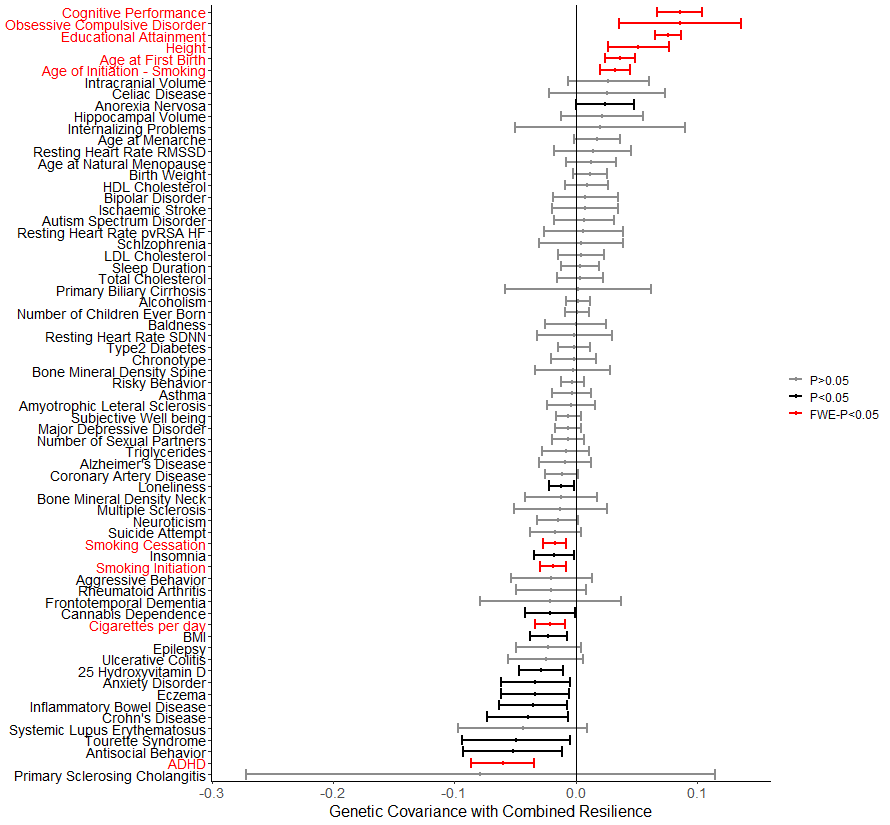 Robust Vascular endothelial growth factor (VEGF) is associated with the clinical manifestation of Alzheimer's disease (AD). However, the role of the VEGF gene family in neuroprotection is complex due to the number of biological pathways they regulate. Our studies in the associations between brain expression of VEGF genes with cognitive performance and AD pathology have found that VEGF ligand and receptor genes, specifically genes relevant to FLT4 and FLT1 receptor signaling, are associated with cognition, longitudinal cognitive decline, and AD neuropathology. Future work should confirm these observations at the protein level to better understand how changes in VEGF transcription and translation relate to neurodegenerative disease.

Participate in a Study