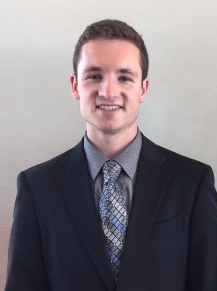 Corey Bown is completing his Ph.D. degree in Neuroscience under the mentorship of Dr. Angela Jefferson at the Vanderbilt Memory & Alzheimer's Center. He received his bachelor's degree in Biomedical and Mechanical Engineering from Pennsylvania State University and recently completed laboratory rotations through the Quantitative and Chemical Biology Program here at Vanderbilt. Corey completed a research project during his rotation with VMAC that investigated correlations between Circle of Willis variants and brain pathology. Moving forward Corey is interested in studying how cerebrovascular damage perpetuates brain pathology and cognitive decline. He is hoping to answer questions about cerebrovascular and brain aging by utilizing the rich neuroimaging and biomarker datasets that VMAC has collected.