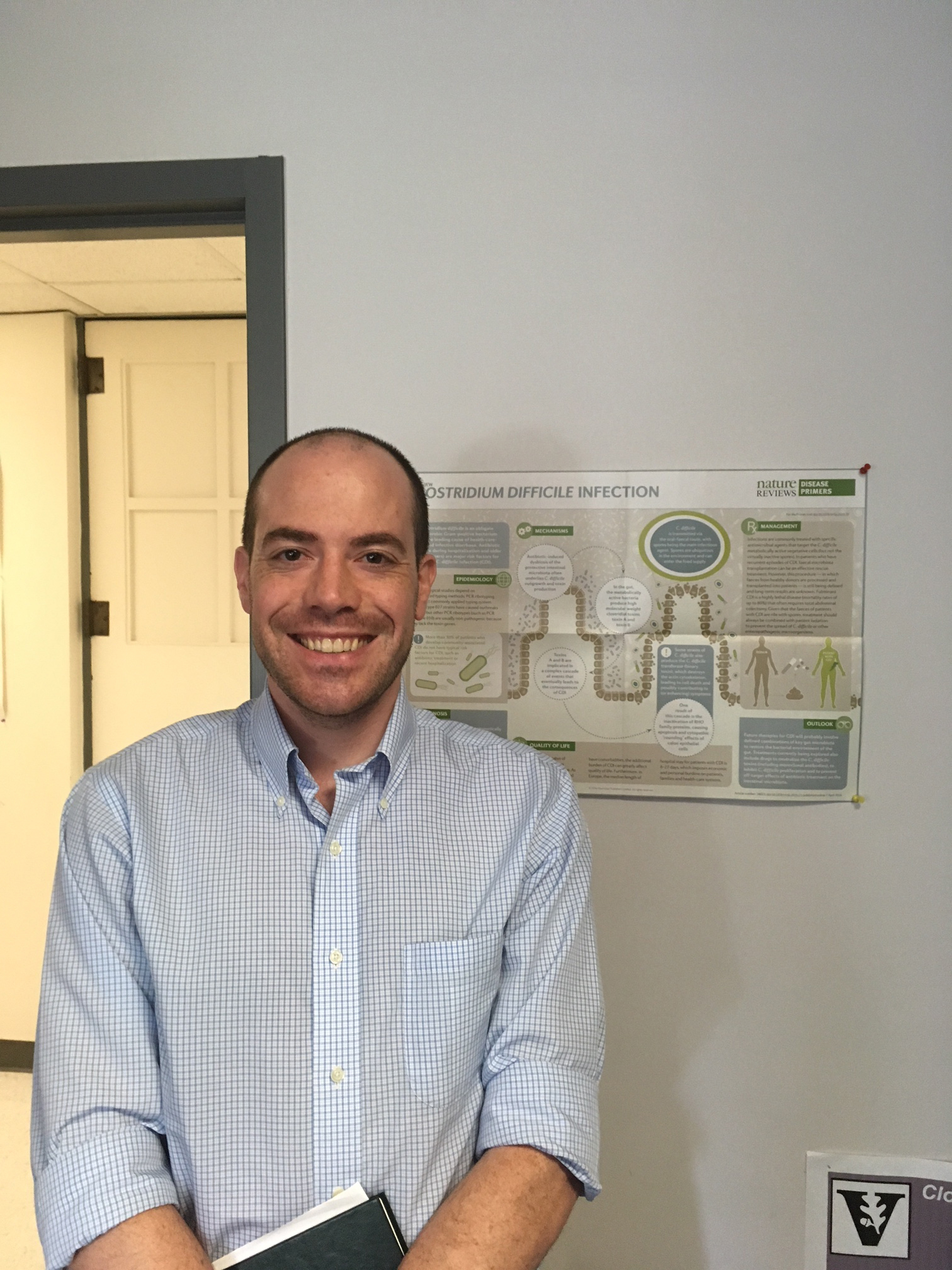 Nick was raised in Indianapolis, IN and received his undergraduate degree in Biology at Colby College in Waterville, ME.  After an internship with David Bodine, PhD at the National Human Genome Research Institute, Nick began the Medical Scientist Training Program at Vanderbilt in 2005. Nick received his PhD while working with the Reynolds lab in the Cancer Biology Department. His project opened new insight into molecular signaling via cellular adhesion proteins during development and tumorigenesis. He has continued at Vanderbilt along the physician-scientist path toward a career in academic medicine with a focus on gastrointestinal biology research. Now, he is a PGY5 co-mentored by Bob Coffey and Borden Lacy with a focus on how changes in the microbiome affect colorectal cancer. In his free time, he enjoys helping his 2 children grow up too fast.