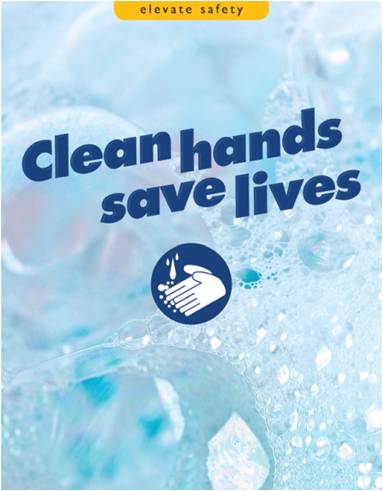 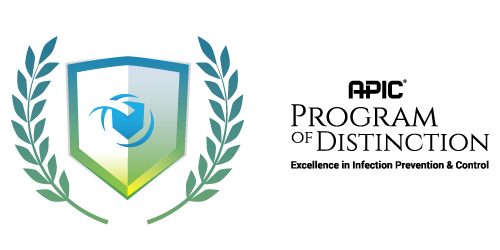 CHIEF HOSPITAL EPIDEMIOLOGIST: Thomas R. Talbot, MD MPH
Dr. Talbot graduated from Duke University in 1992 and from Vanderbilt Medical School in 1996. Following training in Internal Medicine at Johns Hopkins, he returned to Vanderbilt to complete a fellowship in Infectious Diseases. He joined the faculty in July 2003, and his primary research focus involves the prevention of nosocomial infections and healthcare worker vaccination. Research activities have focused on occupational infection control, including the use of healthcare personnel (HCP) immunization as a means to reduce patient and HCP morbidity, secondary transmission from vaccinations, and management of HCP exposed to contagious infectious diseases. He became the Chief Hospital Epidemiologist at VUMC in July 2006. He has served as a member of the Society for Healthcare Epidemiology of America (SHEA) Board of Trustees, and in 2005 and 2010 he chaired the SHEA Task Force on Influenza Vaccination of Healthcare Workers. He has also served as a member of the CDC's Hospital Infection Control Practices Advisory Committee (HICPAC) from 2011-2016 and is on the editorial board of Infection Control and Hospital Epidemiology.

William Schaffner, MD -- Dr. William Schaffner is Professor of Infectious Diseases in the Department of Medicine at the Vanderbilt University School of Medicine. After graduation from Yale in 1957, he attended the University of Freiburg, Germany as a Fulbright Scholar. He graduated from Cornell University Medical College in 1962, and did his internship, residency training and a Fellowship in Infectious Diseases at Vanderbilt. He then fulfilled his selective service obligation in the U.S. Public Health Service as an Epidemic Intelligence Service Officer with the Centers for Disease Control and Prevention in Atlanta for two years (1966-1968). He returned to Vanderbilt after that tour of duty, joined the faculty and established the beginning of a 30-year close collaboration with the Tennessee Department of Health.

Dr. Schaffner is a member of numerous professional societies and has been elected to leadership positions in several. He has served as the President of the Society for Healthcare Epidemiology of America (SHEA) in 1983. He recently completed a term on the elected Council of the Infectious Diseases Society of America. He has written over 300 scientific articles and textbook chapters. He is a consultant in public health policy and communicable disease control for numerous national and local institutions, including the Centers for Disease Control and Prevention, the World Health Organization, the Tennessee Department of Health, the American Hospital Association, and the American College of Physicians, among others. He served as Hospital Epidemiologist at Vanderbilt for over 35 years, where under his direction, the Department became a major influence in the prevention of nosocomial infections at Vanderbilt. In 2006, he swapped roles with his mentee, Dr. Talbot, and became the Associate Hospital Epidemiologist.

Bryan Harris, MD MPH -- Dr. Harris graduated from Vanderbilt University School of Medicine in 2009. He completed internal medicine residency, chief residency, and infectious diseases fellowship at Vanderbilt. He received his MPH during his ID fellowship and joined the faculty in 2016. He currently serves as an Associate Hospital Epidemiologist at Vanderbilt University Hospital and as the Medical Director of Infection Prevention and Antimicrobial Stewardship for the Tennessee Valley VA Healthcare System. His research interests are healthcare-associated infection prevention and health policy.

George Nelson, MD -- Dr. Nelson graduated from Princeton University in 2002 and Case Western Reserve School of Medicine in 2006. He completed residency training in Internal Medicine at Vanderbilt University and then served as an Epidemic Intelligence Officer at the Centers for Disease Control and Prevention in the National Center for Immunization and Respiratory Diseases. He then completed infectious diseases fellowship at Johns Hopkins Hospital. George joined the faculty ay Vanderbilt in 2014. He currently serves as the Director of the Vanderbilt Antimicrobial Stewardship Program (VASP) and as an Associate Hospital Epidemiologist for VUMC. His primary reserach intersted focuses on antimicrobial stewardship and interventions to reduce inappropriate antimicrobial use.

DIRECTOR OF DEPARTMENT OF INFECTION PREVENTION: Vicki Brinsko, RN CIC
Vicki Brinsko graduated from Vanderbilt University in 1976 and Belmont University in 1978. She has experience in critical care nursing and was the occupational health nurse for Exxon Corporation. She began her career in Infection Control at St Barnabas Medical Center in Livingston, New Jersey in 1982 and was in the original cohort of ICPs who took the 1983 certification exam in New York City. She returned to Nashville and joined the Infection Control staff at Vanderbilt in 1986. She has published articles, written chapters for nursing textbooks, and written articles for the lay press urging parents to continue to vaccinate their children. Her current focus is on surgical site infections and perioperative/operative infection control issues. She teaches the introductory course in infection control for Belmont University Nursing School. She is a former member of the CDC's Healthcare Infection Control Practices Advisory Committee (HICPAC). She was recognized as one of the Association of Professionals in Infection Control and Epidemiology (APIC) Heroes of Infection Prevention in 2007. In 2016, she was recognized in the inaugural group of Fellows of the Association for Professionals in Infection Control and Epidemioology (FAPIC).

MANAGER OF DEPARTMENT OF INFECTION PREVENTION:  Mary DeVault, RN MSN CIC -- Mary recieved her BSN from East Tennessee University in 2003 and her MSN in Nursing Administration from East Tennessee State University in 2013. Mary has worked in several areas of nursing including medical/surgical, ICU, long term care and outpatient surgical clinics. Mary started her career at Vanderbilt University Medical Center in 2008 in the Surgical Outpatient Clinics. She joined the Department of Infection Prevention in 2014 with a focus on adult inpatient surgical units. She was named Manager of the Department in 2019.

Kathie Wilkerson, RN CIC -- Kathie Wilkerson graduated from Ball State University with a BSN. She came to Vanderbilt in 1978, working in a Neurosurgery and Orthopedics unit. After positions in Intravenous Therapy and Home Infusion Pharmacy, she joined the Infection Prevention team in 1992. She has been Certified in Infection Control since 1995. Her current areas of focus include the central line- associated bloodstream infection reduction program in ICUs throughout the medical center and surveillance activities in the Medical Intensive Care Unit and various general care units.

Jan Szychowski, RN CIC -- Jan Szychowski attended Flower Hospital School of Nursing in Toledo, Ohio in 1973 and received a BSN from Murray State University in 2000. She has had the opportunity to work in several areas of nursing including medical/surgical, Emergency room, ICU, obstetrics, and Same Day Surgery. She has been involved in Infection Prevention for 12 years, becoming certified in 1999. Before starting at Vanderbilt in 2004, she had been active in West KY APIC serving on the nominating committee, as President-Elect and as President.

Jackie Smith, RN CIC -- Jackie graduated from St. Xavier College in Chicago with a BSN and completed her MSN degree in 2009. After working for a year on a pediatric acute care unit in Chicago, Jackie moved to Nashville. She started her career at Vanderbilt in 1985 where she worked in the Pediatric Intensive Care Unit. During her 24 years in the PCCU, she was a bedside nurse, assistant manager, and nurse educator. Jackie joined the Department of Infection Prevention in 2009 as one of the IPs for the Monroe Carell Jr. Children's Hospital at Vanderbilt.

Tanya Boswell, RN MSN CIC Tanya received her BSN from East Tennessee State University in Johnson City, Tennessee. After working for 3 years in psychiatric nursing, she began working in Monroe Carell Jr. Children's Hospital at Vanderbilt inpatient medical/surgical units. Tanya completed her MSN degree in 1993 from Vanderbilt University. Primarily, Tanya has worked in the pediatric critical care unit; she called the PCCU home for fifteen years. Her roles in the PCCU included bedside nurse, nurse educator, and clinical nurse specialist. In addition to working at Vanderbilt, she works part time as adjunct faculty for a local school of nursing. Tanya joined the Infection Prevention team in the spring of 2010 as the second IP for Monroe Carell Jr. Children's Hospital at Vanderbilt.

Lorri Downs RN MS CIC -- Lorri received her BSN from Elmhurst College in Elmhurst, Illinois. After working 10 plus years in Cardio Thoracic Critical Care at Northwestern Memorial Hospital in Chicago and Acute Maternal Fetal Medicine at Central DuPage Hospital in Winfield, Illinois, Lorri moved to the community and worked for several years as a senior public health nurse. Lorri gained valuable experience in controlling community out breaks of disease and developing large scale pharmaceutical distribution plans for the local public health department. At this time Lorri returned to West Suburban Medical Center in Oak Park, IL as a solo IP as she completed her Masters in Health and Human Services in 2005 from National Lewis University in Chicago. Lorri has maintained her certification in infection prevention for over 10 years and traveled extensively as an infection preventionist rebuilding broken infection prevention programs and mentoring new infection prevention staff. Lorri moved to the Nashville area in 2015 as Manager of Infection Prevention for a local HCA hospital prior to joining Vanderbilt’s IP team in May of 2018.

Donald Coode RN BSN -- Donald received his BS in Psychology from Tennessee State University in 2012. He received his ASN from Aquinas College in 2013. He completed his BSN from Aquinas College in 2016. He is currently working towards his MSN. Donald started his career at Vanderbilt University Medical Center in 2011 as a care partner in the trauma unit. After becoming a nurse, he continued working in the trauma unit at Vanderbilt University Medical Center. He joined the infection prevention team in 2018 with a focus on adult inpatient cardiac and vascular units.

Jim Rickwa: Jim received his Bachelor of Science degree in Chemistry from Boise State University in 1996. He came to Vanderbilt in 2016 after 19 years in the technology sector as a business data and financial analyst with an emphasis on program and process improvement. He now serves as a Business Intelligence Developer focused exclusively on the Vanderbilt Infection Prevention Program.

Jason Hessler: Jason received his Bachelor of Science in Computer Engineering from the University of Michigan in 2010. He joined Vanderbilt in 2016 after 6 years in the healthcare services field focused on data analytics and project management. He now serves as a Senior Business Intelligence Developer focused exclusively on the Vanderbilt Infection Prevention Program.

Jonelle Williams RN: Jonelle graduated from a nursing school in Birmingham associated with University of Alabama in 1971. She continued to take courses in health related sciences at UAB, UAH, and TSU. She focused on the care of critical cardiac patients through 1978 when she moved to Nashville and worked at St. Thomas in the ICUs. Along with that, she has enjoyed supervising in a nursing home and doing telephone triage after MD office hours to educate and direct clients as to their optimal medical care. She worked in the perioperative area to develop and expand that department to centralize anesthesia preop education with lab, xray, EKG and records from the PCP. She graduated from Middle TN School of Anesthesia in 1986 as a nurse anesthetist and has worked in that field until 2010 when she joined the Infection Prevention Team where she reviews and abstracts data with the focus on SSIs.

LaKita Buchanan: LaKita graduated from Tennessee State University in 2005 with a Bachelor of Science degree in Psychology/Social Work. She has begun coursework for the Master degree program at Trevecca Nazarene University. LaKita started working at Vanderbilt in January 2010, beginning with the Human Resource Department and later in Otolaryngology as an Office Assistant IV then Interim Program Coordinator for Cochlear Implants and most recently assisting the Communication team with special events. She joined the Infection Prevention team in April 2015 and serves as the Department's Program Manager.