Andreana Holowatyj, PhD, MSCI, assistant professor of Medicine and Cancer Biology, has been named the inaugural chair of the scientific advisory board for the Appendix Cancer Pseudomyxoma Peritonei Research Foundation.

The foundation’s research grant program historically has been administered by the National Organization for Rare Disorders (NORD). As part of the foundation’s next chapter spurred by significant growth in recent years, however, it is now positioned to launch an internally administered program that will accord it greater flexibility and precision in research funding.

The scientific advisory board will delineate which research priorities are most impactful and play a key role in setting strategies for how the foundation supports grants and in defining scientific communications. The goal is to improve diagnosis and treatment of appendix cancer and pseudomyxoma peritonei (PMP) with the hope of ultimately finding a cure.

“The Appendix Cancer Pseudomyxoma Peritonei Research Foundation has delivered immeasurable support to patients and scientists alike for nearly 15 years, and I am honored that the foundation has entrusted me with this inaugural role. My vision for the Scientific Advisory Board is to serve as an impetus to propel a new era of scientific discovery and innovation toward a cure for appendix cancer and pseudomyxoma peritonei for our patients and families,” said Holowatyj.

Holowatyj will chair the board, which includes Michael Overman, MD, of the University of Texas MD Anderson Cancer Center and Konstantinos Votanopoulos, MD, PhD, of Wake Forest Health.

“We are proud and so grateful to have such talented, renowned scientific experts – and prolific researchers – join forces with us on behalf of patients,” said Deborah Shelton, executive director of the foundation.

“We could not be more pleased than to have Dr. Holowatyj leading the charge. She has been generous in serving as an informal thought partner for the foundation for some time, but to have her as chair of our new Scientific Advisory Board represents a major step forward.”

Appendiceal cancer is very rare, affecting about one or two people per million annually. However, the cancer is becoming more common for reasons unknown. PMP is another very rare cancer characterized by a build-up of mucin in the peritoneal cavity. 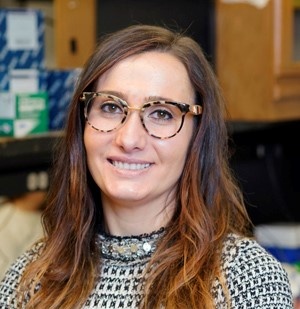