Effort seeks to improve safety of drugs given during pregnancy: July 18, 2019.

A 19-year-old student at Vanderbilt University is leading a multi-institutional collaboration to identify — using computer-based approaches — drugs that can be prescribed safely to pregnant women without harming the fetus. See article here in the VUMC Reporter. 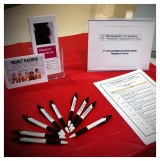 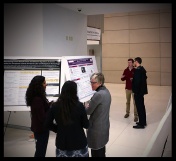 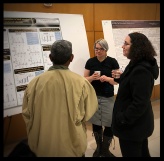 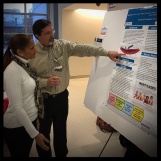 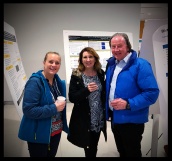 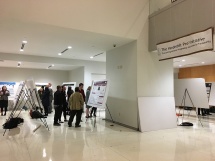 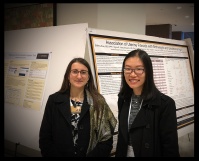 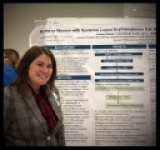 Through the generous support of a Vanderbilt Initiative Award from the Vanderbilt Trans-Institutional Programs Council, we have been able to support four pilot projects for 2016-2017:

1. Assessment of Body Composition in Pregnancy.

Description: Altered body composition before, during and after pregnancy may affect both the mother and the child. Maternal malnutrition is associated with prematurity and undernourished breast fed babies. Maternal obesity is associated with gestational diabetes and pre-eclampsia, potentially exposing the fetus to an adverse intrauterine environment. Maternal obesity is linked to large fetuses and babies, resulting in increased neonatal and maternal morbidity. In addition, there is evidence that obese pregnant women who are malnourished may have additional health issues. It is difficult to distinguish a well-nourished obese pregnant woman from a malnourished one. Unfortunately, the fetus only sees the malnourished part of its mother. Bioelectrical impedance analysis has been shown to be useful is assessing body composition in patients of all ages including pregnant women. The purpose of this project is to determine the utility of precise measurement of body composition and body water (bioelectrical impedance vector analysis) in pregnant women using a novel compact device linked to a smart phone. Hopefully, using this device, heathier mothers and babies and less pre-eclampsia will result.

2. Discovery of In Vivo Probes that Affect Contractile Pressure and Timing of Labor.

Description: We have recently established a method of transcervical intrauterine pressure catheterization in mice, using similar clinical techniques for humans, as an in vivo means to measure uterine contractile pressure during pregnancy and labor. This technique will be used to determine the therapeutic effect of novel compounds on in vivo uterine contractile pressure and timing of labor in two mouse models: 1) RU486-induced mouse model of preterm labor and 2) mouse model of labor induction.

3. Antenatal Depression and Biological Markers of Stress in Exposed Infants.

Description: There is growing evidence that maternal stress and emotional health during pregnancy has important health implications for exposed offspring. Prolonged exposure to prenatal stress and emotional health problems in utero has been linked to a host of negative childhood outcomes, including asthma, atopic disease, and depression. Our goal is to better understand the mechanisms responsible for the transmission of risk from pregnant mothers to their offspring. We are particularly interested in the potential role of inflammation. Social stressors (e.g., rejection, isolation) have been shown to activate the immune system and increase inflammation, in much the same way that inflammation is activated in response to physical injury. Short-term activation of the inflammatory response is adaptive; but prolonged activation can have damaging effects on both physical and emotional health. Prolonged social stress during pregnancy might result in excessive fetal exposure to biological stress byproducts (e.g., pro-inflammatory cytokines and cortisol). This may have detrimental effects on the development of the child’s immune system and neurological systems that modulate stress, increasing risk for a host of health complications. In this study, we will test the hypothesis that mothers reporting greater stress and emotional health problems in pregnancy will have children showing higher levels of stress and inflammatory biomarkers in infancy, which in turn will be associated with poor childhood health outcomes (e.g., respiratory morbidity, cognitive functioning, and behavioral health problems). We are hopeful that this study will improve our understanding of risk transmission mechanisms and inform prevention efforts.

Description: Gestational diabetes mellitus (GDM) affects 1 out of 10 pregnant women in the US, and is associated with severe maternal risks (e.g., pre-eclampsia, and postpartum hemorrhage), as well as neonatal risks (e.g., macrosomia, shoulder dystocia, and hypoglycemia). GDM increases the maternal risk of subsequent type 2 diabetes mellitus (T2D) 7-fold. Moreover, disease-induced changes to fetal gene expression in utero negatively impact the long-term health of the baby, increasing the risk for many chronic diseases. Women with impaired glucose tolerance (IGT), short of fulfilling the criteria of GDM, also have increased risk of complications; however, this (IGT) group has not been extensively studied. As such, interventions to prevent and treat GDM, IGT and their complications are greatly needed, but are stymied by a lack of a fundamental understanding of the causal mechanisms involved in disease pathogenesis. GDM is associated with an underlying state of low-grade chronic inflammation that affects many organs. Nevertheless, the central burden of this inflammation is likely placed in the placenta, as it has been reported to secrete a repertoire of inflammatory cytokines and chemokines, not found in healthy pregnancies. 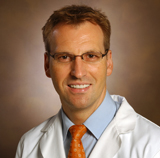 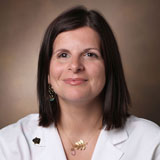 A multidisciplinary team of microbiome researchers at Vanderbilt University is shedding light on necrotizing enterocolitis (NEC), a disease of prematurity that kills hundreds of babies and costs the U.S. health care system an estimated $5 billion a year.

The Trans-Institutional Programs (TIPs) initiative aims to foster collaboration among schools, researchers and students at Vanderbilt. It is the centerpiece of the 2013-14 Academic Strategic Plan. The investment of $50 million will fund programs devoted to discovery and learning with an “interdisciplinary” and “multidisciplinary” approach that address society’s most pressing problems. The program launched in November of 2014. Seventeen projects were selected from 64 proposals.

Women with chronic autoimmune diseases who take immunosuppressive medications during their first trimester of pregnancy are not putting their babies at significantly increased risk of adverse outcomes, according to a Vanderbilt study released online by the journal Arthritis and Rheumatism.

Susan H. Guttentag, M.D., is joining Vanderbilt University on Feb. 1, 2014, as the new director of the Division of Neonatology within the Department of Pediatrics at the Monroe Carell Jr. Children’s Hospital at Vanderbilt.

A non-invasive measure of electrical brain activity in preterm infants predicts cognitive and communication functioning during early childhood, according to a new Vanderbilt University study.

In an analysis of findings from a previous clinical trial, Robert Cotton, M.D., Jeff Reese, M.D., and colleagues discovered an association between treatment of premature infants with the antacid cimetidine and PDA. Cimetidine inhibits histamine H2 receptors and also blocks certain cytochrome P450 enzymes (CYPs), which may play a role in DA closure.

Using a SmartPhone platform and a $100,000 grant from Grand Challenges Explorations, an initiative of the Bill & Melinda Gates Foundation, Vanderbilt Pediatric Surgeon John Pietsch, M.D., and fourth-year medical student Katherine Allen may revolutionize the way infants and children all over the world are assessed and treated for proper nutrition.

Endometriosis, a common and debilitating condition that can cause infertility and severe pelvic pain, occurs when the cells that line the uterus (endometrium) grow outside the uterus. Coordination of hormones such as estrogen and progesterone and other signaling molecules, like the endocannabinoids, is critical to normal functioning of the endometrium

Pregnant women who have had prior preterm births may avoid a subsequent early birth if given progestogens, which are natural or synthetic forms of progesterone, a female hormone that naturally increases during pregnancy, a Vanderbilt analysis shows.

Swab study shows MRSA in pregnancy may not mean much