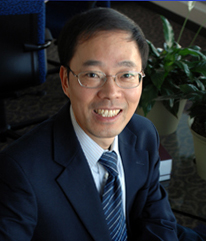 Dr. Zheng is an epidemiologist with a major research focus on evaluating lifestyle factors, genetics, and biomarkers for cancer risk. He received his medical degree from the Shanghai Medical College of Fudan University and his doctoral degree in epidemiology from Johns Hopkins University. He was recruited to Vanderbilt in 2000 to help the Vanderbilt-Ingram Cancer Center develop a population-based research program. He established the Vanderbilt Epidemiology Center in 2006 and the Division of Epidemiology in 2009 and was appointed as the founding director for these academic and research units.

Dr. Zheng has directed more than 20 large-scale, population-based studies involving in-person interviews of more than 200,000 participants. Currently, he is the Principal Investigator for several National Cancer Institute-funded projects, including the Shanghai Women's Health Study, in which approximately 75,000 Chinese women were recruited to evaluate lifestyle factors and biomarkers for the risk of cancer and other chronic diseases. Dr. Zheng is well known for his work on molecular, genetic and nutritional epidemiology of breast and colorectal cancers. He serves on the Executive Committee for the Asia Cohort Consortium and leads several international consortia for cancer epidemiologic research, including two large genetic epidemiologic consortia of East Asians that have identified more than 30 novel risk loci for breast and colorectal cancers.

He has authored or co-authored more than 750 publications addressing a large range of significant issues related to the etiology and prevention of cancer. Since 2000, Dr. Zheng has served as the primary mentor for over three dozen junior investigators, including over 15 assistant professors. Dr. Zheng is an NCI MERIT (Method to Extend Research in Time) award holder. He is an elected member of the American Epidemiology Society. He also regularly serves on grant review panels for NIH and other funding agencies. He is a member of the editorial board for multiple epidemiology and cancer journals.