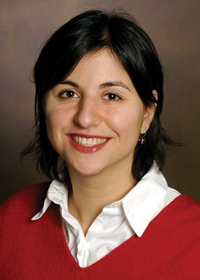 In order to understand the viral burden in young children in Amman, Jordan, Dr. Halasa collaborated with Dr. Najwa Khuri-Bulos, professor and chief of Pediatric Infectious Diseases at Jordan University.  Dr. Khuri-Bulos visited Vanderbilt in October 2006 and during this visit, it was discovered that viral respiratory burden in young children was not known in this region.  So, Dr. Halasa and Dr. Khuri-Bulos together wrote the protocol, received IRB approval at both institutions, and set up a respiratory viral surveillance project in January, 2007. Dr. Halasa spent the month of January in Amman to train two study coordinators to collect data, obtain clinical specimens, and how to process the specimens for future shipment to Nashville. The data from this project were presented as poster presentation at XthInternational Symposium on Respiratory Viral Infections meeting in Singapore. A major finding of this project was the extreme burden that RSV plays in hospitalized children less than five years of age, with over 60% of the 728 subjects admitted to the hospital having a positive PCR for RSV. These findings are important if and when a RSV vaccine becomes available. Dr. Halasa and Dr. Khuri-Bulos are working on securing funding to continue this project.