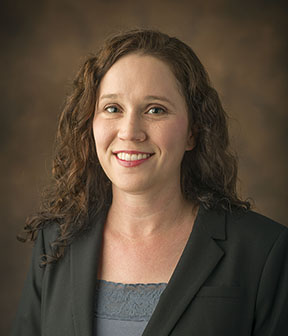 Dr. Audet is an Assistant Professor in the Department of Health Policy, the Institute for Global Health and the Center for Medicine, Health and Society at Vanderbilt University. Dr. Audet received her Bachelor of Arts degree in an Independent Concentration she created, New World Civilizations, from Princeton University in 2000. After a year living and working in Belize, Central America, she returned to the U.S. to study anthropology at Vanderbilt University, where she received her Ph.D. in 2006. While at Vanderbilt, she began working in Uganda and Kenya overseeing several service learning programs with a focus on HIV, health care delivery, and poverty.  In 2008 she joined the Institute for Global Health at Vanderbilt University as a Post-Doctoral Fellow and began research on barriers to HIV testing and treatment uptake in rural Mozambique. In 2013, she completed her M.Sc. in Epidemiology at the London School of Hygiene and Tropical Medicine. Her thesis focused on quantifying the time delay associated with undiagnosed but symptomatic people first visiting a traditional healer before attending clinic, highlighting the importance of working with traditional healers to refer and manage the care of HIV positive patients in rural areas. She has received funding from ViiV Health Care to pilot a male engagement in antenatal care services in rural Mozambique (2011-2014), the Centers for Disease Control and Prevention (through a sub-contract from UCSF) to assess a Positive Prevention intervention (2010-2014), a career development award (K12) from Vanderbilt University to increase traditional healer referrals of HIV-infected patients (2012-2015), and the National Institutes of Health (National Institute for Mental Health K01 Award) to assess feasibility of engaging traditional healers as HIV treatment partners (2015-2019).

Her research has led to changes in national health policy in Mozambique. Traditional healers, recently recognized as potential allies in health care delivery, use low-literacy patient referral forms piloted by her team in 2012-2013. Male partners, traditionally excluded from ante-natal, delivery, and post-natal care in Mozambique, are now formally invited to participate in couples-based services, including HIV counseling and testing after a pilot intervention increased male engagement, leading to higher proportion of women testing for HIV, accepting treatment (if positive), and delivering at the health facility.