"Among people with HIV in Latin America, those diagnosed with tuberculosis (TB) at an initial clinic visit were about twice as likely to die within 10 years as people not initially diagnosed with TB, according to findings from a large observational study. This increased risk persisted despite the availability of TB treatment and mirrored patterns seen previously in HIV-negative populations, according to research supported by the National Institute of Allergy and Infectious Diseases (NIAID), part of the National Institutes of Health. Investigators from the NIAID-supported Caribbean, Central and South America Network for HIV Epidemiology (CCASAnet) presented the findings today at the Conference on Retroviruses and Opportunistic Infections (CROI) in Seattle." - from the NIH news release 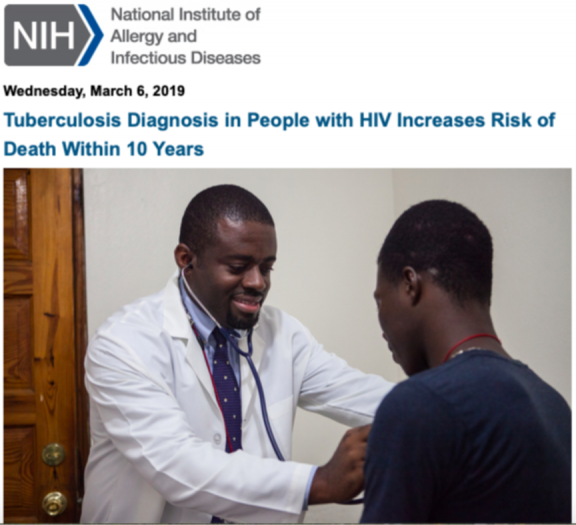