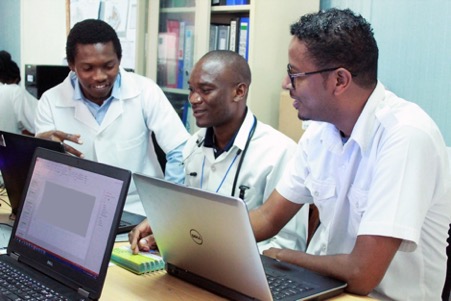 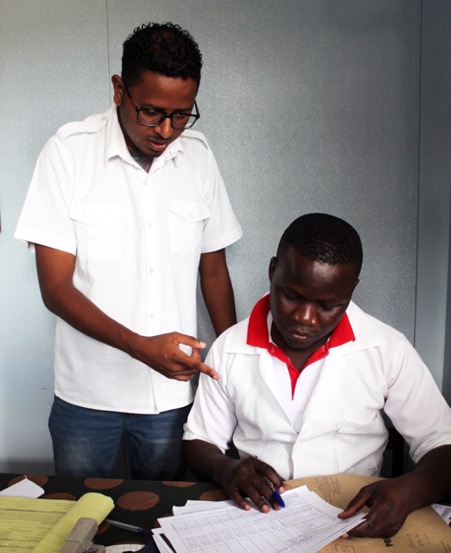 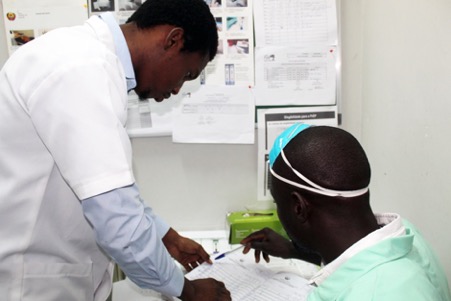 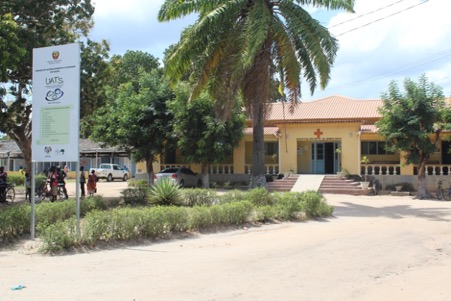 In May 2018, Friends in Global Health’s (FGH) multidisciplinary team began the implementation of a strategy aimed at optimizing provider-initiated HIV counseling and testing; commonly referred to as PICT. This strategy consists of provider orientation, the weekly monitoring of performance, the elaboration of improvement plans, and the implementation of specific interventions, namely, the prioritization of HIV counseling and testing in high yield service delivery points such as the pediatric and adult inpatient wards, the emergency room, and the triage ward settings. The novel strategy was initiated in Namacurra District where the FGH multidisciplinary team provides support to the Namacurra District Health Directorate (DDS) in its fight against HIV and AIDS. Such support is made possible by funding from the United States government (USG); specifically, the President’s Emergency Plan for AIDS Relief (PEPFAR) funding from the Centers for Disease Control and Prevention (CDC).

The three PICT interventions have resulted in significant increases in the number of new HIV-positive persons being identified within the district. Between May and August 2018, 11,684 persons were counseled and tested for HIV through the PICT optimization strategy in the Namacurra District. Of those tested, 1,246 (10.7%) were diagnosed HIV-positive, of which a very high proportion (94%) were enrolled in care and linked to potentially life-saving combination antiretroviral therapy (ART) services. During the same period in 2017, before the implementation of this PICT optimization strategy in Namacurra, a significantly lower total number of persons (n = 3,796) underwent provider-initiated HIV counseling and testing.   At this time, 399 persons were newly diagnosed with HIV, of which a lower proportion (79%) were successfully linked to ART services.

This increase in performance is the result of deliberate action taken during the most recent FGH quarterly meeting (May 2018), when it was decided that specific large volume health facilities (HFs) need to establish weekly targets for the number of persons newly identified with HIV by service delivery point. FGH leadership felt that in order to maximize PICT, a more intensive (i.e. weekly) monitoring approach would be necessary.  For Namacurra District, this intensive monitoring strategy was implemented in the 5 HFs where the PICT optimization strategy was being implemented and that have the largest goals in terms of persons newly initiated on ART, specifically the Namacurra Sede, Macuse, Mixixine, Furquia, and Mbaua HFs.

"We decided to create a spreadsheet in Google Drive which allows us to monitor not only the 5 health facilities with the most patient influx, but all of the district health facilities," the doctor said. This has been another step that proved effective.

With this intensive monitoring strategy, factors contributing to suboptimal testing volumes/practices, and consequently to the low numbers of new HIV-positive persons, are detected early and measures for addressing the problems can be adopted in a timely manner so that by the end of each week the goals can be attained.

"We look for a specific solution for every negative aspect detected. One of the positive aspects is that we can control each patient’s situation. If for example, at a health facility we have a patient tested, with a positive result, but who refuses to adhere to the treatment, we readily give technical support so that the scenario is reversed," he told us.

Changes do not go unnoticed by the district health authorities.

"FGH’s level of collaboration with the district’s health directorate is to be prized. FGH has been very supportive of the implementation of strategies to improve our performance," says the Chief Medical Officer, Elias Simão, in reference to the weekly PICT optimization strategy monitoring that is done in coordination with health authorities.

Weekly PICT monitoring is an FGH strategy that, since May 2018, is being implemented in all 113 supported districts within Zambézia Province, with the focus being on the 33 HFs having the largest number of patients currently receiving ART.

For each HF, a target is set for new HIV positive patients to be identified weekly. The goal is based on the average adult and pediatric patient volumes within the highest yield service delivery points (i.e. emergency room, triage and inpatient medical wards) where this is being implemented.

Namacurra is the district that has shown the most impressive results with this new approach; but FGH looks forward to continued successes from this intensive monitoring strategy as it is implemented in other supported health facilities.

"It is worth maintaining the weekly PICT monitoring in the district. If we suspended it, we could see the indicators drop drastically," appealed the District Medical Chief.