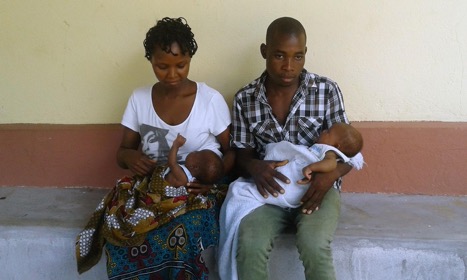 Teletónio states, “Every time that I accompanied my wife, the peer educators and counselors at the health facility would tell me: men should also come to the hospital.” These messages helped encourage Teletónio to continue accompanying his wife for all of her medical appointments. He now says that getting involved in the health of his wife and twin daughters has given him the opportunity to be more informed about his own health. He now participates in health related decisions for his children and feels that he is able to contribute to the overall well-being of his family. Making the decision to accompany his wife to all of her consultations was not an easy task. As Teletónio says, he endured many negative comments and teasing from his peers, but he didn’t stop accompanying his wife.

Dr. Isaías Pedro Marcos, the Quelimane district Chief Physician, explains that male engagement in their partners’ health consultations has many tangible benefits. “When men know their partners’ health status, they can contribute to the health of their families,” he explained. “Priority is given to couples coming to the consultations in order to encourage them to come back. Men’s health determines women’s health, the children’s health, and in general the whole family’s health.” Activities focused on male engagement were initiated and continue to be supported by Friends in Global Health (FGH), a Vanderbilt University Medical Center-affiliated organization. With PEPFAR funding through the CDC, FGH provides training and mentoring to healthcare providers, supports health counselors and peer educators, and is currently recruiting, training, and deploying Male Champions to facilitate the male engagement strategy within ANC services in Quelimane district. In January 2017, FGH began supporting 17 health facilities in Quelimane district to carry out services in four key programmatic areas: 1) Prevention (including the prevention of mother-to-child transmission (PMTCT)), 2) Adult care, support, and treatment, 3) HIV/Tuberculosis (TB), and 4) Pediatric care, support, and treatment. All programmatic areas are supported by two cross-cutting strategies: namely, a) health system strengthening, and b) patient rights/advocacy. According to Dr. Marcos, “The work that FGH has been doing as a partner is notable. We, as the health sector, continue to count on this organization as a partner.” 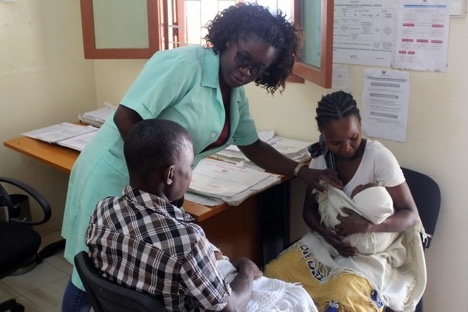