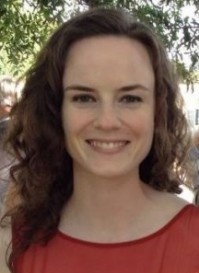 Since returning to the United States from a three-month stint working in rural Guatemala, I’ve been thinking about how messy and random global health delivery—even when it’s really effective—can be. Specifically, I’ve been struck by the central role that luck or serendipity plays in achieving positive health outcomes. I’m talking about that moment when a patient walks out of the clinic and you sit back and think about all of the stars that had to align in order for that patient to get the care she needs.
Guatemala, Students, MPH practicum, Vanderbilt Master of Public Health (MPH)
Posted in
News Posts, Events 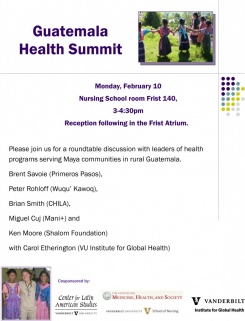 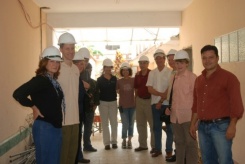 Vanderbilt University’s expanded commitment to research and sustainable development in Guatemala is reflected in this spring’s opening of a Guatemala City field station that is home to 13 projects.
Carol Etherington, Guatemala
Posted in
News Posts, Global Health Topics