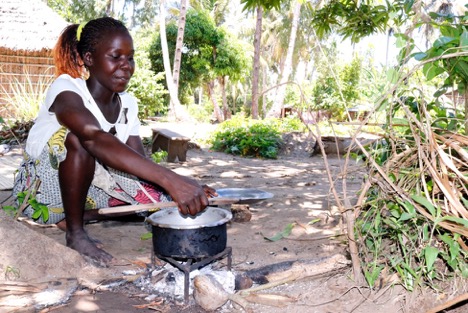 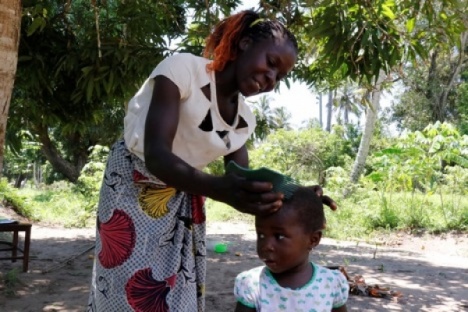 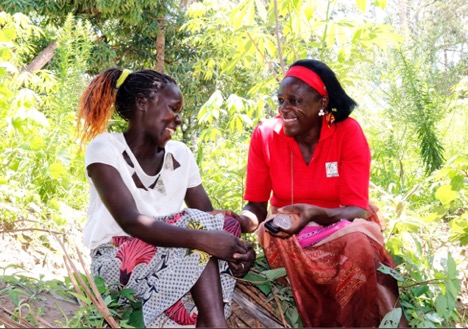 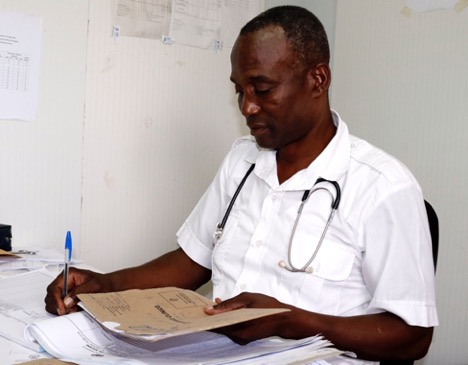 Leocádia discovered that she was HIV-positive during her most recent pregnancy. Her husband had abandoned her at the time. This is when Lodovina Nazaré, a 51-year-old Mentor Mother, came into her life. “At that time, I began to accompany Leocádia, up to the birth of her daughter in March 2017.” Leocádia has been receiving combination antiretroviral therapy (ART) at Maquivale Sede Health Center ever since. “Today, it was definitively confirmed that the child does not have HIV and I am very happy! Even after that, I continue to accompany her in taking her antiretrovirals,” Lodovina tells us.

Mentor Mothers are trained volunteers who form support groups of HIV-positive pregnant women and advise them on how to correctly take their prescribed ART regimen.

“Madam Lodovina always encouraged me to take the medication. She used to say, ‘You must take the medicines correctly so that your child is born without HIV and so that you stay well too.’ Today my daughter is growing well, without HIV, and I continue to take my antiretrovirals to stay healthy,” Leocádia told us.

Lodovina has been a Mentor Mother since 2017 and has received extensive training and support from FGH. Mentor Mothers are, by definition, women living with HIV. Through their lives and testimonies, they support other HIV-positive and pregnant women throughout their pregnancies and lactation period by accompanying them to antenatal and child-at-risk consultations and encouraging them to adhere to their prescribed ART regimens and remain retained in HIV care at their respective health facilities. The Mentor Mother strategy can help avoid the abandonment of treatment by HIV-positive mothers and, consequently, reduce the vertical transmission of HIV to infants.

FGH supports Mentor Mothers by providing continuous training, monetary incentives ​​and work materials such as notepads, pens, t-shirts for identification during community work, as well as bicycles to travel throughout their community to conduct their work.

Joaquim Razão, the director of Maquivale Sede Health Facility Director, said that one of the greatest gains the Mentor Mother strategy has brought to the health facility he manages is the care and follow-up to the patients. The director also points out that Mentor Mothers can reach places where most health workers cannot. He notes that Mentor Mothers have a strong communication link with the community. They help to convey key messages and empower the population to adhere to their ART regimens.

Implementation of the Mentor Mother strategy by the Provincial Health Directorate of Zambézia began in 2017, with FGH support. It arose from the need to follow up with HIV-positive pregnant and lactating women during the critical window of time during which the mother can transmit HIV to her child. Since then, 784 Mentor Mothers have already been trained in Zambézia Province. They currently support 16,044 pregnant and lactating women. From October 2017 through September 2018, 392 HIV-positive pregnant women were newly enrolled and followed at Maquivale Sede Health Facility, with a retention rate of 78%.

FGH Maternal and Child Heath regional coordinator, Esperança Chimbe, said that in addition to its focus on the retention of pregnant and lactating women, the strategy also contributes to improvements in viral load suppression.

Leocádia managed to have a daughter free of HIV thanks to the work of the Quelimane District Health, Women and Social Service (SDSMAS), in partnership with FGH, which since October 2017 have been working together to fight HIV/AIDS. Work done through this partnership is made possible through funds from the United States President's Emergency Plan for AIDS Relief (PEPFAR) provided by the Centers for Disease Control and Prevention (CDC).