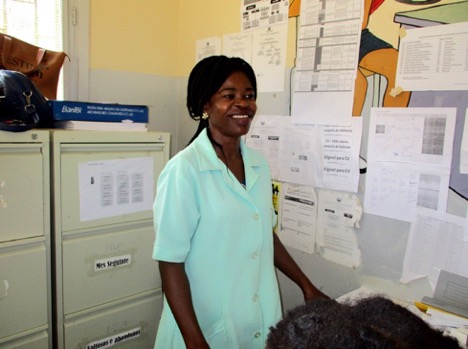 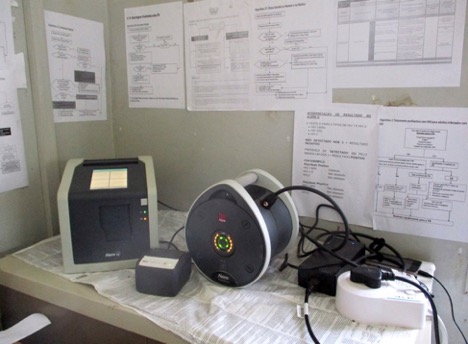 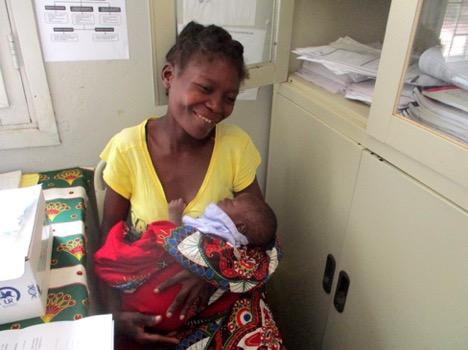 Leonilde and her daughter were able to receive test results on the same day.
Photo credit: Mariana Lobo

The early infant diagnosis point-of-care (EID POC) device provides early HIV diagnosis in children, allowing for almost immediate testing results. In the past, infant HIV diagnostic tests could only be performed in Quelimane. Samples were collected at the district health facilities and transported all the way to the provincial capital, taking weeks, sometimes more than one month to return.

Jordina Moreira, a Maternal Child Health Nurse working with the Maganja da Costa District Health Directorate (DDS) told us, “Since we received the HIV Early Infant Diagnosis Point-of-Care Machine in October 2018, the story has changed here in Maganja da Costa. Previously the results of the analysis of children were slow to arrive. It used to take fifteen to thirty days. Now it’s no longer like this - the results come out the same day."

Ana Lampeão, who works for Friends in Global Health (FGH), is a Health Advisor in the maternal and child health sector. She explained to us that the delayed test results contributed to late combination antiretroviral therapy (ART) initiation in children. In the past, after positive DNA PCR results came back from Quelimane, weeks after the sample had originally been collected, even more time was lost while the health facility attempted to find the child again, to deliver their test results, and then enroll the child in care. The combined delay in delivering positive results and beginning treatment sometimes led to tragic outcomes. There were times when the results arrived so late the child was already severely ill or had even died.

Now, with the EID POC device in the district, it takes just one hour to get the child's test results. If the test result is positive, the child can commence ART that same day.

“Now that the result takes only an hour, things have gotten better. Everything happens with the family present in the health facility. Everyone receives the information in the moment. If the result is positive, the child begins treatment. We no longer need to look for the child's location.

The EID POC typically reads eight infant DNA PCR tests per day. The monthly collection goal is 48 forty-eight DNA PCR tests, but this target is sometimes exceeded, performing more than 50 DNA PCR results on some days. From October 2018 through March 31st, 2019, 231 infants were tested using the new EID POC devices, 31 of whom had a positive result and are now receiving potentially life-saving ART.

This work is made possible thanks to the collaboration between Vanderbilt University Medical Center (VUMC), Friends in Global Health (FGH), the CDC, and the District Health Directorate (DDS) with funds from The President's Emergency Plan For AIDS Relief (PEPFAR).

News and Success Stories from Friends in Global Health