The scientists were working through the night over a weekend in February in their Vancouver offices, running a blood sample from an early American covid-19 survivor through a credit card-sized device made up of 200,000 tiny chambers, hoping to help save the world.

Their mission was part of a program under the Pentagon’s secretive technology research agency. The goal: to find a way to produce antibodies for any virus in the world within 60 days of collecting a blood sample from a survivor.

Established years before the current pandemic, the program was halfway done when the first case of the novel coronavirus arrived in the United States early this year. But everyone involved in the effort by the Defense Advanced Research Projects Agency (DARPA) knew their time had come ahead of schedule.

The four teams participating in the program abandoned their plans and began sprinting, separately, toward the development of an antibody for covid-19, the disease caused by the coronavirus.

“We have been thinking about and preparing for this for a long time, and it’s almost a bit surreal,” said Amy Jenkins, manager of DARPA’s antibody program, which is known as the Pandemic Prevention Platform, or P3. “We are very hopeful that we will at least be able to have an impact on this outbreak. We want to make a difference.”

In that program and others, DARPA has quietly been seeding the ground for the United States to produce a rapid cure for a pathogen like covid-19 for years.

The U.S. government’s response to the pandemic has been impugned as slow and haphazard, with flawed test kits, limited contact tracing, insufficient protective gear, late encouragement of masks and at times baffling messages from President Trump.

But DARPA’s story is a counterexample of U.S. government foresight, one that began more than a decade ago with the aim of finding super-fast ways to protect American troops if they were to confront a deadly new virus in the field.

If it weren’t for DARPA’s investments over the past decade and earlier, largely outside the glare of Washington’s partisan politics, the American race toward a vaccine and antibody therapy to stop the coronavirus most likely wouldn’t be moving as quickly as it is today.

“Being at DARPA at this time ... is exciting in some ways because we get to see the research work that was funded that was done ten to fifteen years ago now really starting to pay off,” acting director Peter Highnam said in a discussion with reporters on Thursday. 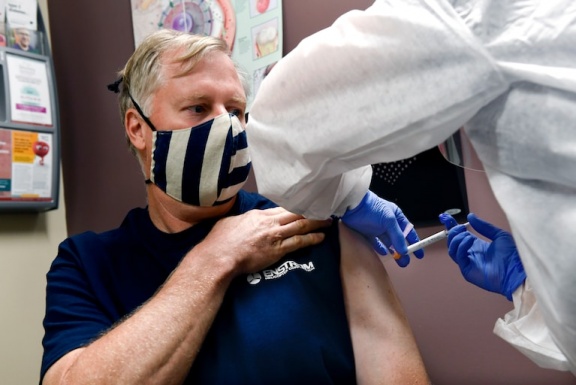