Skip to main content
Center for Biomedical Ethics and Society 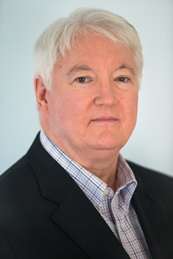 Bruce Jennings, M.A. is Adjunct Associate Professor in the Department of Health Policy and the Center for Biomedical Ethics and Society, and he is Senior Fellow at the Center for Humans and Nature, a nonprofit research center based in Chicago that studies environmental ethics and policy. He came to Vanderbilt in 2015 from the Yale University School of Public Health, where he taught ethics from 1996-2014. He is in active collaboration with The Hastings Center where he served as Executive Director in the 1990s and where he is now Senior Advisor and Fellow. He also works with an environmental policy institute called the Center for Humans and Nature where he is a Senior Fellow.

In 2011 Mr. Jennings was named Editor-in-Chief of the standard reference work in the field of bioethics: Bioethics, 4th Edition, 6 vols. (Macmillan Reference USA, 2014). Mr. Jennings has been active in the health policy and end of life care arenas and has published widely on ethical issues in hospital treatment decision making, palliative care, and hospice. He has served on the Board of Directors of the National Hospice and Palliative Care Organization, and the Board of Trustees of the Hospice and Palliative Care Association of New York State. He served as ethics consultant for numerous hospitals and nursing homes, including the New York Presbyterian Hospital-Wyle Cornell Medical School. With Mildred Solomon, he was the co-founder of the “Decisions Near the End of Life” program, an educational and practice change program that was conducted in over 200 hospitals in 20 states from 1990-1996.

He has also been engaged in ethics research and education in the field of public health. In 2003, working with Health Resources and Services Administration and the Association of Schools of Public Health, he coauthored a curriculum on public health ethics designed for both students in university degree programs and in-service public health professionals entitled, Ethics and Public Health: Model Curriculum. From 2003-2009 he served as member and Chair of the Ethics Advisory Committee at the Centers for Disease Control and Prevention (CDC). From 2017-2019 he was chair of the American Public Health Association task force charged with writing a new code of ethics for Public Health, which was officially adopted in 2019. In 2020 he received a Distinguished Career Award from the American Public Health Association for his work in public health ethics.

A political scientist by training (Yale University BA 1971 and Princeton University MA 1973), he has written and edited 30 books and has published approximately 300 articles on ethics, political theory, and public policy issues.

Among his authored books are Ecological Governance: Toward a New Social Contract with the Earth (West Virginia University Press, 2016); The Perversion of Autonomy: the Uses of Coercion and Constraints in a Liberal Society, (Georgetown University Press, 2003); The Hastings Center Guidelines for Decisions on Life-Sustaining Treatment and Care Near the End of Life, Revised and Expanded Second Edition (Oxford University Press, 2013); Regulating Preimplantation Genetic Diagnosis in the United States: The Limits of Unlimited Selection. (Palgrave Macmillan, 2015).