Innate-like lymphocytes and their contribution to metabolic disease

The immune system contains two main arms: an innate arm and an adaptive arm (see Figure below).  Cells of the innate immune system express germline-encoded receptors that recognize conserved molecular patterns in microbes as well as in dead or stressed host cells, whereas cells of the adaptive immune system express highly diverse antigen-specific receptors that are generated by somatic DNA recombination.  Lymphocytes that belong to both the innate and adaptive arms of the immune system play critical roles in regulating immune responses against pathogens, tumors, self-antigens, environmental antigens and tissue transplants. 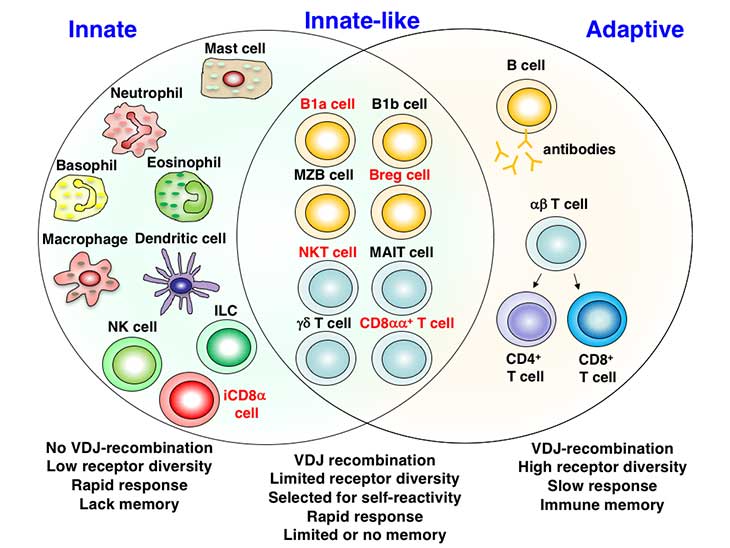 Autophagy is an evolutionarily conserved nutrient sensing system that induces the degradation of cytoplasmic proteins and damaged organelles by lysosomes.  The resulting degradation products are then used to generate energy and new cellular components.  Autophagy involves a variety of protein complexes composed of autophagy-related gene (Atg) products that were originally identified in yeast but are largely conserved in mammals (see Figure below).  Autophagy plays a role in a variety of diseases, including the metabolic syndrome.  In the immune system, autophagy has been implicated in both innate and adaptive immune responses.

We have focused on a key player in autophagy, the class III phosphatidylinositol-3 kinase (PI3K) vacuolar protein sorting 34 (Vps34).  Because Vps34-deficiency is incompatible with life, we are generating and analyzing mice with a selective Vps34-deficiency in specific cell types of the metabolic and immune systems. 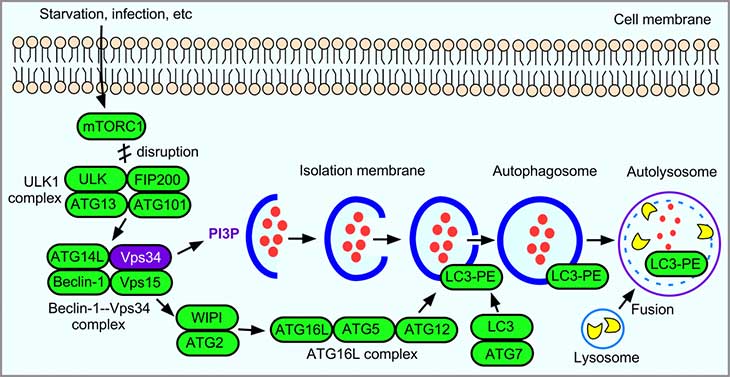