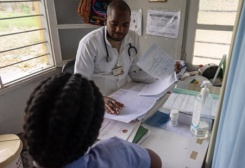 In Mozambique, in 2015, viral load (VL) testing became routine for pregnant and lactating women (PLW) who had been receiving combination antiretroviral therapy (ART) for 3 months or longer. It is very important to monitor VL in patients receiving ART in order to determine whether or not the patient is adhering to their prescribed ART regime and whether or not their treatment is effectively suppressing HIV in the body. Recent programmatic data showed an overall VL coverage rate of approximately 40% in COP18. By the end of COP19 Q1, VL coverage at FGH supported sites had risen to 49%.
Namacurra
FGH Communications Team (in-country) 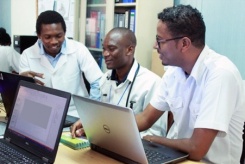 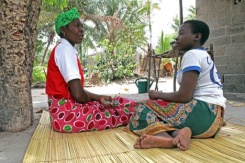 Eighteen-year-old Ina Mora was in the district of Gilé visiting her husband’s family when she began feeling ill in May 2017. “Sometimes I had headaches, stomach aches and diarrhea. Both my legs got swollen and I got sick,” recalls Ina.
Namacurra, Traditional Healers
RSS: