Towards a universal flu vaccine

Flu shots can be hard to sell to the public. Even a run-of-the-mill influenza infection can be debilitating to otherwise healthy people, and lethal to those who are elderly or frail, so vaccinations are important. The problem is that flu vaccines deliver inconsistent performance. “In a good season, we’re up to 60% effectiveness, but in bad, mismatched years it can be as low as 10% or 20%,” says Barney Graham, deputy director of the Vaccine Research Center at the US National Institute of Allergy and Infectious Diseases (NIAID) in Bethesda, Maryland.

Current flu vaccines provide protection only against the strains they have been matched to, so a ‘universal’ flu vaccine that provides broader protection against most influenza viruses has been a long-standing dream. The 2009 swine-flu pandemic, which caught the public-health community off guard and claimed the lives of as many as half-a-million people worldwide, gave the issue new urgency.

“The 2009 pandemic made it obvious and clear that we didn’t have good enough solutions for influenza vaccines,” says Graham. “We knew the virus, but we weren’t able to make enough vaccine quickly enough.” More-effective manufacturing is one solution but a single inoculation that protects against both seasonal and emerging strains would have much greater impact.

Fortunately, the timing of the pandemic coincided with great progress in the development of technologies for investigating the human response to influenza. “Around 2008 or 2009, people started finding a few broadly neutralizing antibodies against the influenza virus,” says Ian Wilson, a structural biologist specializing in vaccine development at Scripps Research Institute in La Jolla, California. “Once people started looking, many more were discovered.”

Now, around 100 years after the ‘Spanish flu’ pandemic of 1918 that killed about 50 million people, multiple universal-vaccine programmes are demonstrating promise in both preclinical and clinical testing. But it remains to be seen whether any will ultimately deliver the broad protection that clinicians seek. 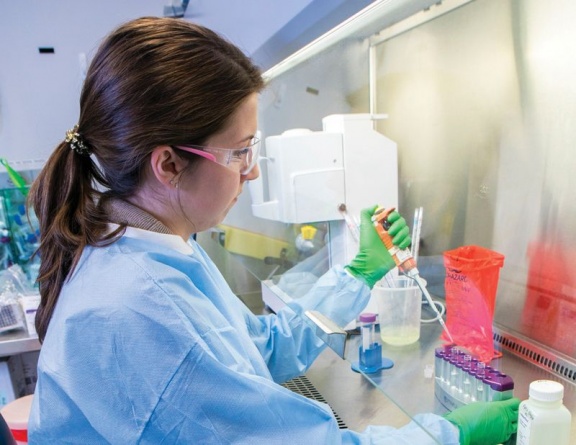