Respiratory syncytial virus (RSV) is the major cause of life-threatening viral pneumonia in infants worldwide, yet despite repeated efforts, scientists have been unable to develop an effective vaccine against it.

Now a team of scientists at Vanderbilt University Medical Center (VUMC), with colleagues in California and Pennsylvania, believe they know why the virus has been so difficult to neutralize.

Reporting this week in the Proceedings of the National Academy of Sciences, they describe how competition among antibodies for binding the same viral site can interfere with effective neutralization of the virus.

“Human monoclonal antibodies have proven to be a very powerful tool for studying the human immune response to viruses,” said James Crowe Jr., M.D., director of the Vanderbilt Vaccine Center at VUMC, Ann Scott Carell Professor in the Vanderbilt University School of Medicine and the paper’s corresponding author.

“Here they allowed us to get a snapshot of the complex fight of both beneficial and interfering antibodies competing for space on the virus,” Crowe said.

The researchers focused on part of the RSV fusion (F) protein that fuses the viral particle to its target cell in the lung. This region, called antigenic site II, is the target of palivizumab (Synagis), a licensed monoclonal antibody injection that can prevent serious RSV complications in high-risk infants.

They generated a variety of human monoclonal antibodies against the F protein. Using techniques including X-ray crystallography to visualize protein structure and mutagenesis scanning to determine protein function, they showed how antibodies capable of neutralizing the virus competed with non-neutralizing antibodies for binding at antigenic site II.

But there is a twist. When the F protein delivers its viral cargo to the “loading dock” of the target cell, it undergoes what the scientists described as a dramatic structural rearrangement, essentially pivoting like a ballet dancer into a new “pose” and revealing another, previously concealed binding site next to site II.

Non-neutralizing antibodies, which can’t prevent RSV from injecting its toxic cargo into the cell, preferentially bind to the new site on the F protein, but they also cross over to site II, and thus “muscle out” neutralizing antibody.

The answer may be to design a vaccine strategy that identifies and produces neutralizing monoclonal antibodies, which target only site II and not the entire F protein.

These findings may have relevance for the design of other vaccines, as the production of non-neutralizing antibodies is a common occurrence during viral infection, the researchers concluded. 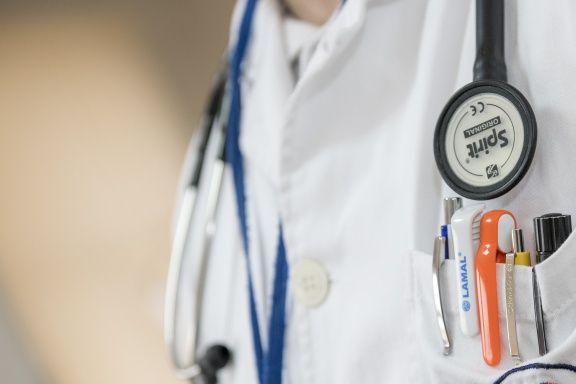