During the 2014 outbreak of Ebola virus in West Africa, most immunotherapeutics and vaccines in late stage development were monospecific and lacked efficacy against other filoviruses that previously emerged. Efforts were thus initiated to isolate and characterize antibodies with broader efficacy. Such antibodies not only help expand the clinical toolkit against diverse future outbreaks, but also define sites of broad immune vulnerability for vaccine development. Several recent studies have shown that broadly-reactive neutralizing antibodies against ebolaviruses can be induced both in natural infection, as well as through animal immunizations. In this talk, I will discuss my lab’s efforts to structurally and functionally characterize broadly-reactive antibodies isolated from immunized nonhuman primates. Our approach has been based on immunization with multivalent cocktails of recombinant filovirus glycoproteins and virus like particles. Of particular recent focus has been a near pan-ebolavirus reactive antibody, CA45, that was induced by such immunizations. Our crystal structure of CA45 bound to the Ebola surface glycoprotein reveals that it targets a highly conserved site on the fusion loop stem of the glycoprotein, one that overlaps a previously defined pan-reactive inhibitor binding cavity. Through structural and functional analyses of antibodies elicited by immunization, we are defining novel molecular determinants on filoviruses that confer broad antibody recognition and neutralization – determinants that are being applied for further development of related therapeutics and vaccines. 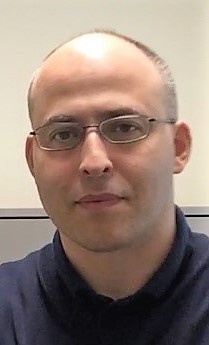 Recap on this past April's Symposium on Modeling Immunity