Dreams Can Come True: Over a decade on combination antiretroviral therapy (ART) with two HIV-uninfected daughters

“My biggest dream is to get my children to study and give them a better future.” – Helena Nhanza

Helena Nhanza is a 35-year-old mother of two. Specifically, she has two daughters: Elsa, age 8 and Lariza, age 2. The family lives in Chinde, one of the most remote and difficult areas to reach within Zambézia province, Mozambique. To get to Chinde district from Quelimane, the provincial capital, one has to take a combination of motorboats and 4-wheel drive vehicles, which often get stuck in the muddy soil of the Zambezi River Basin. The 350-kilometer sojourn can take up to two days to complete using public transportation. Helena has been living with HIV for more than a decade. Thanks to life-saving combination antiretroviral therapy (ART), which she began in 2007, both of her daughters were born uninfected with HIV. During the 6 years between the delivery of her two daughters, Helena noted a considerable change in the services provided to pregnant women in her community.

In 2014, when I was pregnant with my second child, I went back to the antenatal care consultation, but I noticed a difference: after the delivery, instead of sending me to the clinician, there was a dedicated room where everything was done, from counseling to treatment, the laboratory exams and even the pharmacy services,” she stated, enthusiastically.

The introduction of the one-stop-model at the Child-at-Risk Clinic (CCR) has considerably improved Prevention of Mother to Child Transmission (PMTCT) efforts. The one-stop-model has meant that women and children can receive multiple health services in a single visit to the health facility, cutting down travel time and cost. Helena considers the new system to be a great relief, as transportation in her district is so challenging. “I felt a great difference between the care provided to me at the birth of my first and my second daughter. The care provided to me with my second child, the one where all services were at a single room, that was very good,” she said. Anifa José, who is responsible for maternal and child health services in Chinde district, emphasized to us the importance of CCR in the fight against HIV.

“CCR has come to improve reception, reducing queues at the pharmacy, and making the process more flexible. In the first three months of 2017, as a result of PMTCT and institutional deliveries, Chinde Sede health facility saw the delivery of 8 children free of HIV.”

Anifa also points out that within CCR services, health counselors play an important role in educating pregnant women about the importance of PMTCT and the benefits of adhering to ART, especially for children. Two health counselors working at the CCR in Chinde Sede, Jaime Maia and Isabel Chiria, were instrumental in helping Helena accept her HIV status, commencing her ART, and believing in the idea that it is possible to have a long, productive life, living with HIV.

My biggest dream is to get my children to study and give them a better future. I have been working hard farming my crops and now I am also a volunteer, mobilizing people from my district, just like me, to create an association of people living with HIV. We will prevail together.” 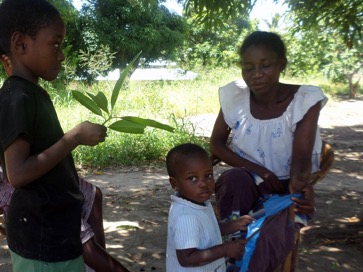 Helena Nhanza and her two daughters in their back yard.<br />
Photographer: Cleofas Viagem 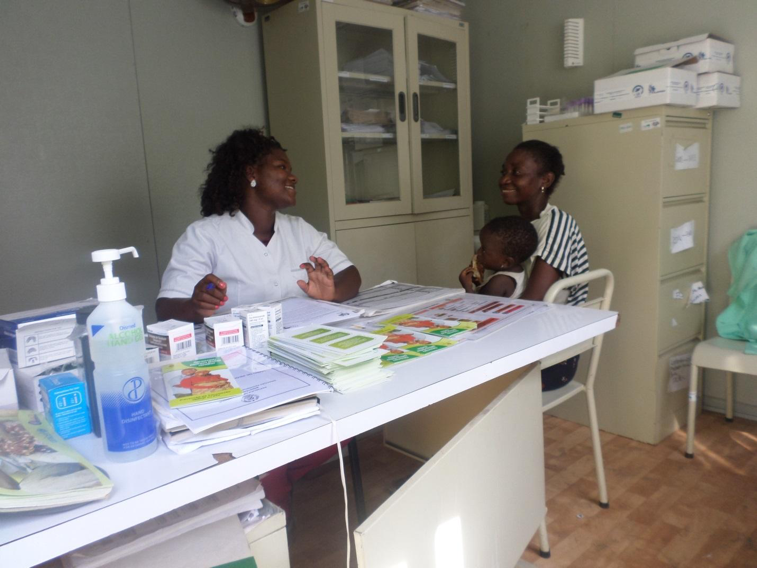