In the (Korean) press 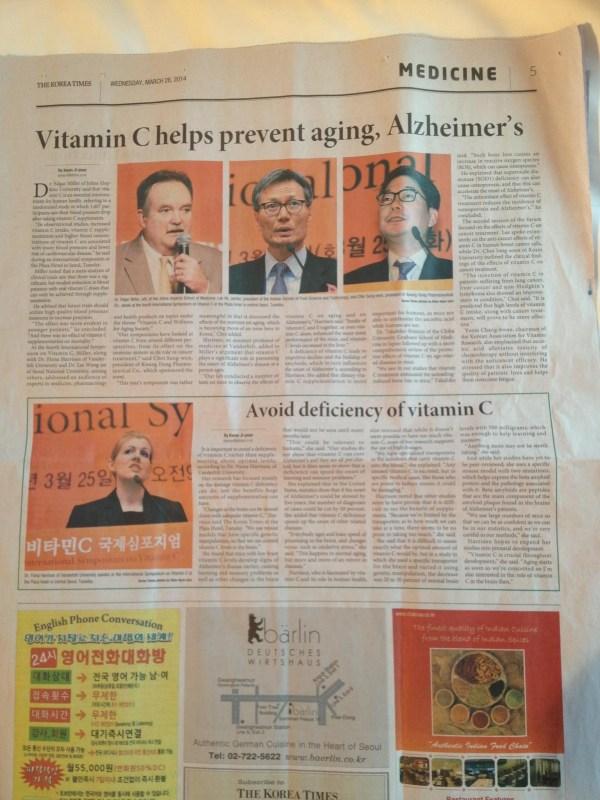 A summary of 2 of our recently published papers on vitamin C and memory was printed in the "Aliquots" section of The Vanderbilt Reporter in November 2009. Click here for a link to the piece.

Dr. Harrison was thrilled to receive the Vanderbilt Brain Institute "Outstanding Mentor of the year" award and the Annual Neuroscience Retreat. 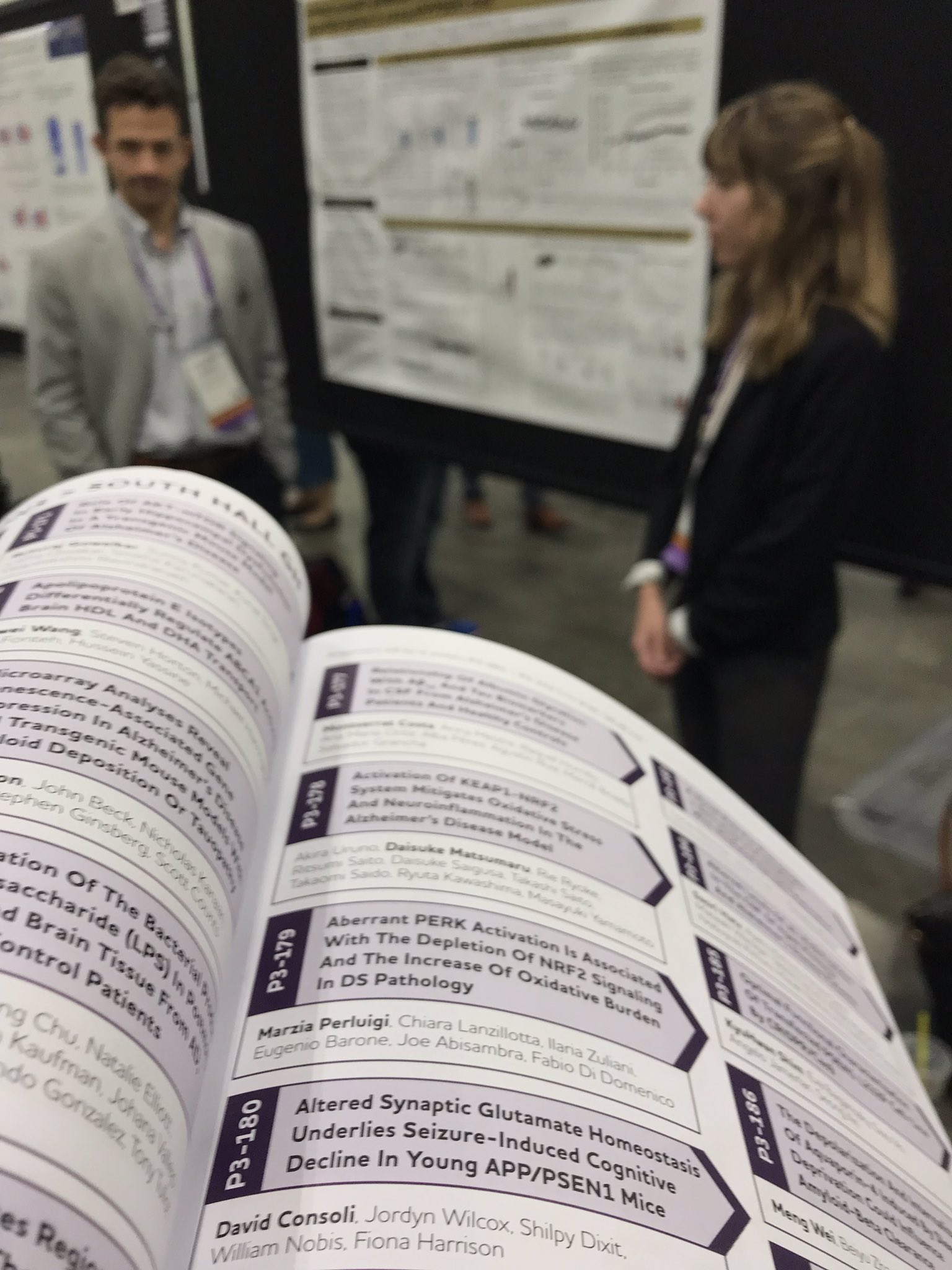 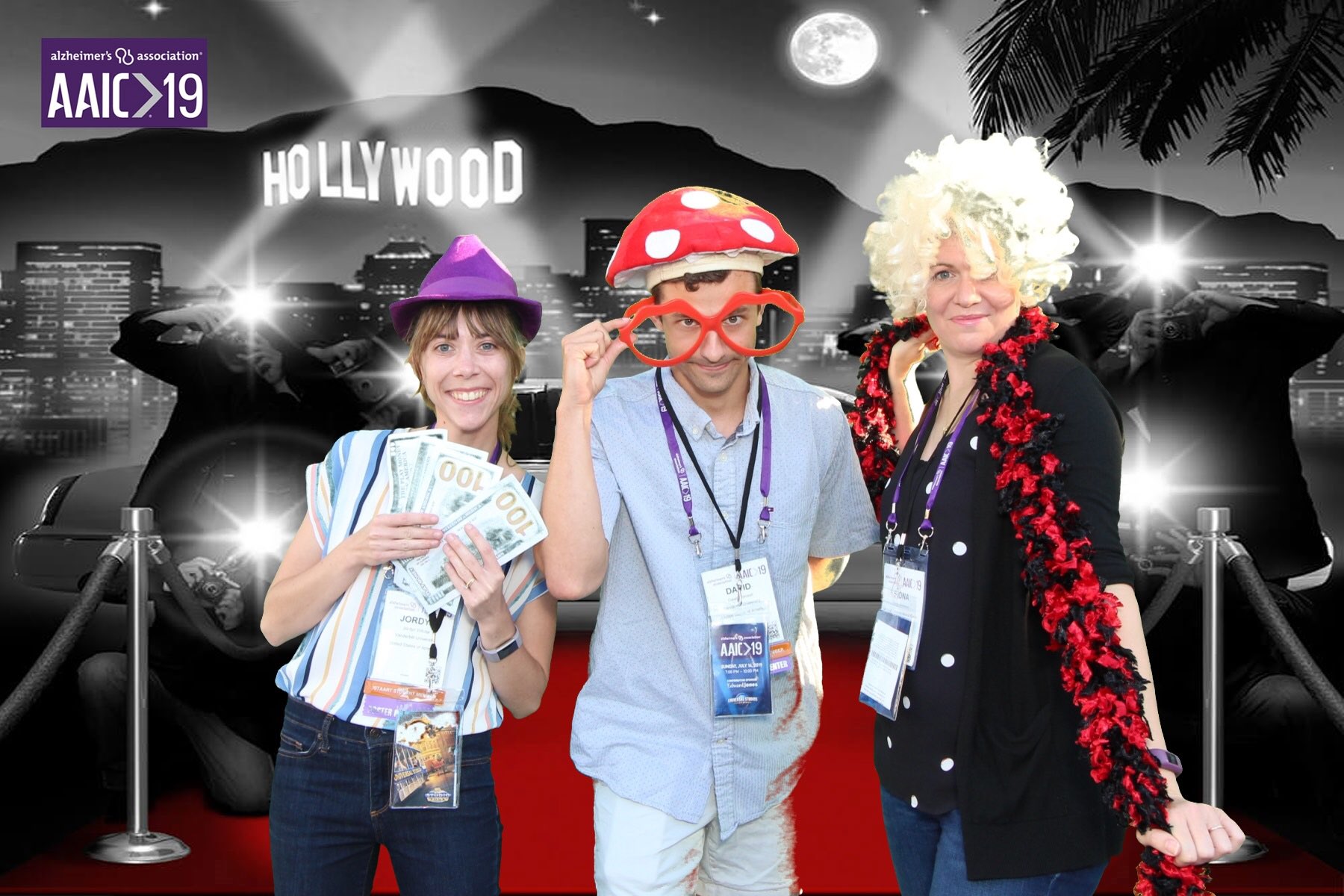 Dr. Shilpy Dixit has left the lab to take on a prestigious internship in Sleep Disorders at NIH

Science careers should be accessible to all, but there are some unique issues that arise when lab animals like mice could be exposed to service dogs. Read about the story and our thoughts on it here

Article Accepted - So many people contributed to this one. "Altered glutamate clearance in ascorbate deficient mice increases seizure susceptibility and contributes to cognitive impairment in APP/PSEN1 mice" in Neurobiology of Aging. Available on-line.

We love it when our students get their first 1st-author manuscripts! "Oxidative Stress Levels in
the Brain Are Determined by Post-Mortem Interval and Ante-Mortem Vitamin C State but Not Alzheimer’s Disease Status" from Jared Eckman et al.

High fat diet is as damaging to mouse DNA as Alzheimer's Disease mutations are. Our new publication in Scientific Reports.

Fiona was featured (again) in the Korean Times after speaking at the International Vitamin C Symposium.

Shilpy's paper "Mitochondrial Dysfunction in the APP/PSEN1 mouse model of Alzheimer's disease and a novel protective role for ascorbate" was accepted to Free Radical Biology and Medicine.

The lab welcomed 16 High School students from the Vanderbilt Talented Youth Program into the lab to learn some basics about Alzheimer's disease research, and to practise their genotyping, brain dissection, tissue slicing and behavioral coding skills. We look forward to seeing some of these students back as undergraduates and graduate students in due course! 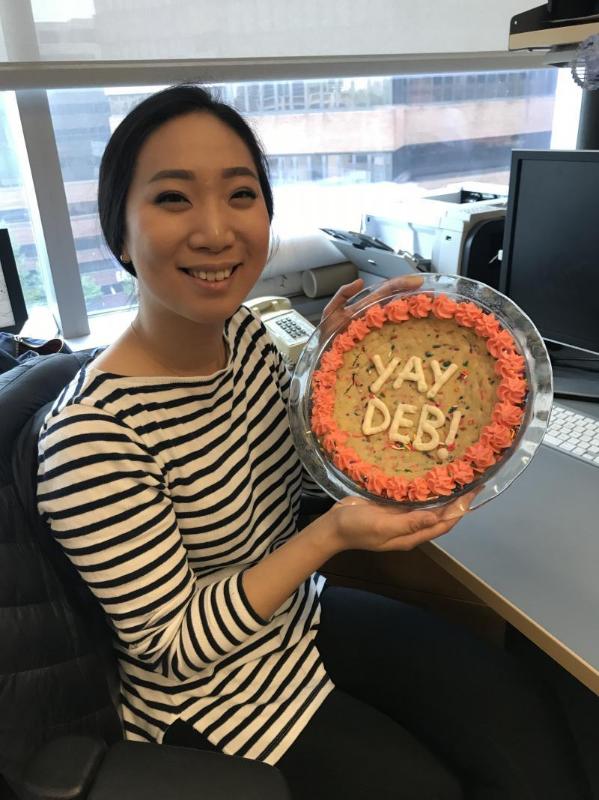 Deborah Mi was accepted to medical school UT in Memphis! Congratulations, but we're sorry to see you go. 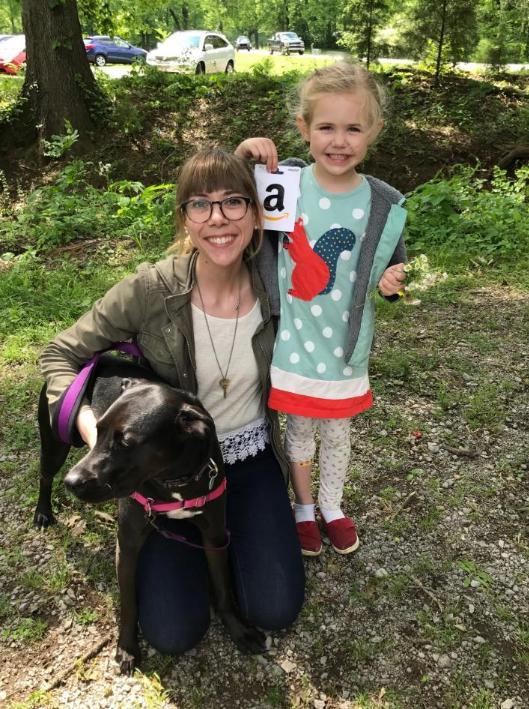 Marching for Science! (In particular for neuroscience and paleontology research) 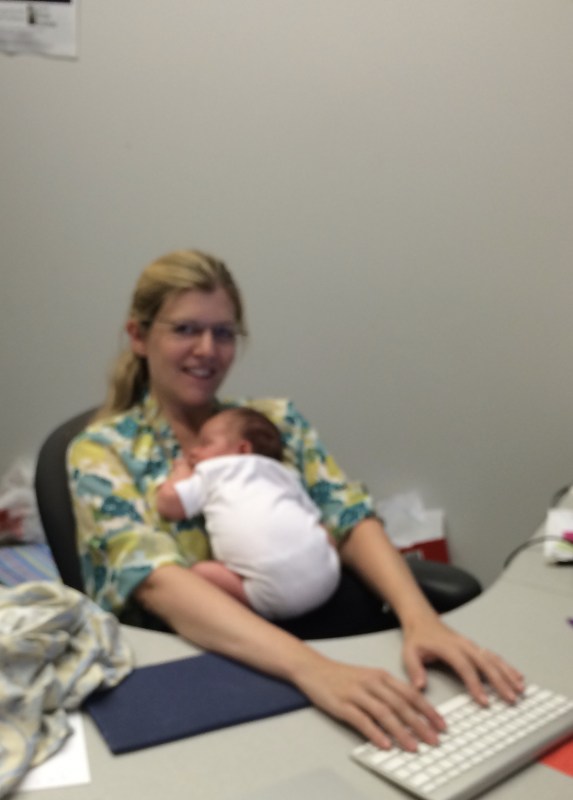 June 2014 Anjelica will be representing Vanderbilt University (and the lab) at the SEC Conference on Obesity Prevention in Atlanta this September.

May 2014 Data Blitz session for the Middle Tennessee Chapter for the Society for Neuroscience. In the Post Doc category Jen Walker placed FIRST and John Kennard placed SECOND. In the Graduate Student competition Shilpy Dixit placed SECOND. A huge success for the lab!

March 2014 Fiona finds fame in Seoul, South Korea. Page 5 of the Korea Times, after her talk at the 4th International Symposium of Vitamin C. Mentioned in the general article, and a whole half page spread soley about work from the Harrison lab

January 2014 A great visit to the lab by Lillian, budding neuroscientist. She looked at fluorescing amyloid plaques under the microscope, and her MDA experiment turned pink.

May 2013 Shilpy Dixit joined the lab as full time graduate student. Clare Gamlin graduated and left for Graduate school (Neuroscience) at Washington University. Oakleigh Folkes graduated and left for a research job at Johns Hopkins, but will be back for Graduate school at Vanderbilt (Neuroscience) in 2014. Grace Kim graduated and is heading to the Special Masters Program at Georgetown University. All three girls successfully defended their Honors theses.
Fiona presented "Vitamin C and Cognition in Aging" at the Diet and Optimum Health Conference at the Linus Pauling Institute in Corvallis, Oregon.

October 2012 Clare Gamlin, Grace Kim and Oakleigh Folkes all presented posters at the Society for Neuroscience Conference in New Orleans

September 2012 John Kennard joined the lab as a post doctoral fellow, and then got married.

March 2012 Fiona presented data relating to neurochemical and behavioral changes in scurvy at the "Natural History of Scurvy" conference at the National Maritime Museum, in Greenwich, London.

An RO1 Research Grant was awarded to Dr Harrison to study the role of vitamin C and its transporters in the brain in Alzheimer's disease. The grant will run from March 2011 to February 2015. 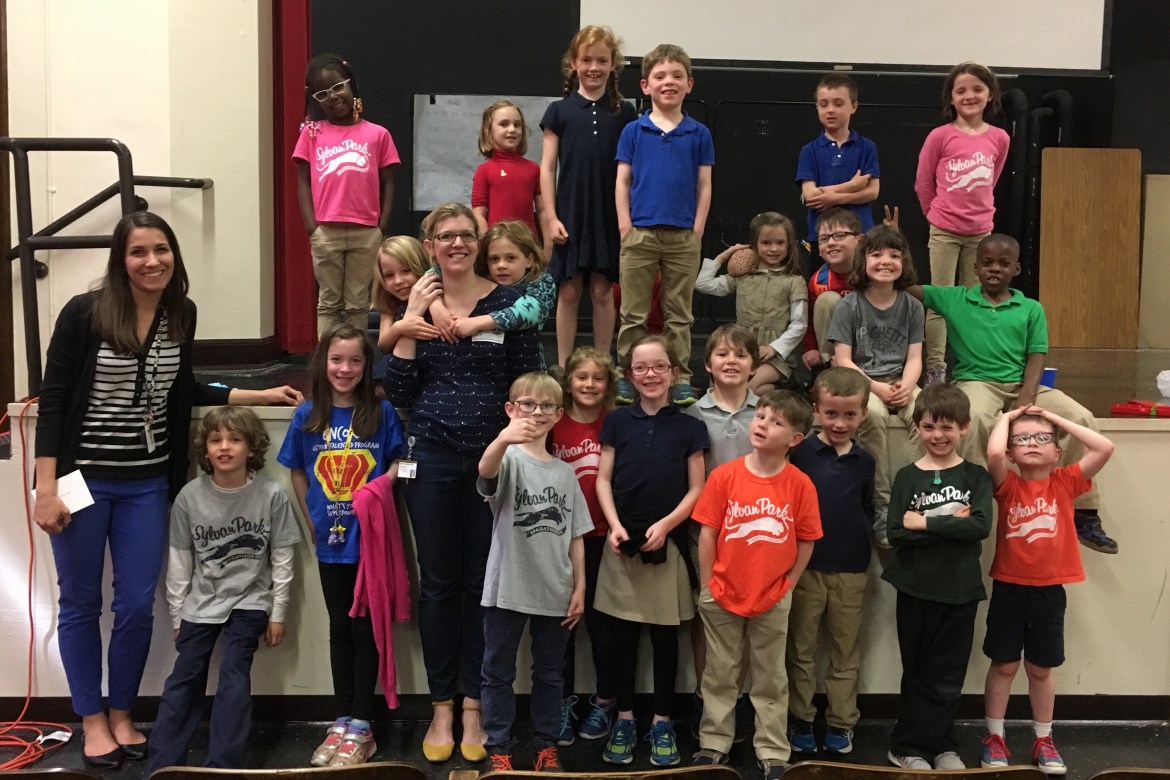 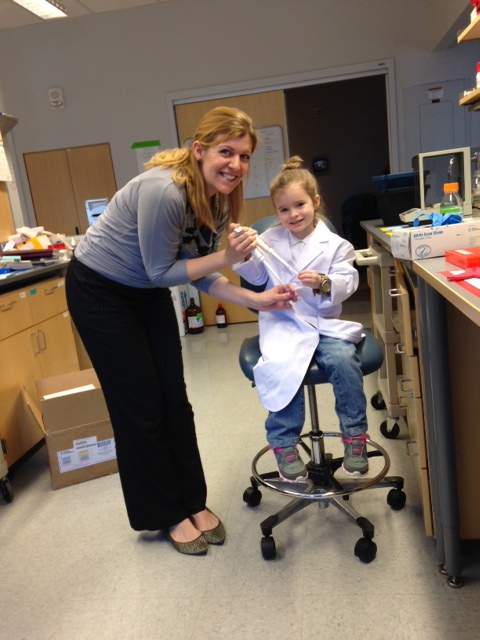