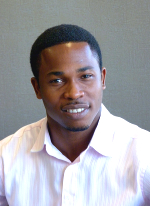 Currently, I’m pursuing the following research questions using data from the Southern Community Cohort Study (SCCS) – a large, prospective cohort study that enrolled approximately 86,000 adults (over two-thirds black) aged 40 and 79 living in the southeastern region of the US between 2002 and 2009. To investigate:

1. Differences in the incidence of heart failure as well as differences in post-HF survival between categories defined by race and sex: white females, black females, white males and black males

2. Whether neighborhood characteristics (defined by a composite deprivation index) predict the risk of a) incident heart failure b) post-HF survival in SCCS beyond individual-level socioeconomic status (defined by household income and highest level of education attained).

3. The flexible dose-response relationship between body mass index (BMI) and the risk of incident heart failure and post-HF survival. Potential departures from linearity and additivity of effects would be explored.

Heart failure events were ascertained via linkage of the SCCS cohort with Centers for Medicare and Medicaid Services (CMS) Research Identifiable Files. Participants (n = 27,078) included in the current analyses were persons ≥ 65years at cohort enrollment or persons < 65 years at enrollment and a) reported being covered by Medicaid on the baseline questionnaire b) reported being covered by Medicare or c) did not report Medicare or Medicaid on the baseline questionnaire but had a CMS claim within 3 months of being enrolled in SCCS. The restriction to these groups ensures that participants would likely have continuous coverage in Medicare and/or Medicaid from the time of SCCS enrollment to the end of the follow-up period (December 31st, 2010), for the ascertainment of incident HF events.

Incident HF events was defined as the first occurrence of a medical claim with ICD-9 code 428.x within the Medicare institutional (Medicare Provider Analysis and Review, MEDPAR), Part B carrier, or outpatient-based claims files or the Medicaid Analytic Extract (MAX) Inpatient and Other Services claims files, from the date of SCCS enrollment through December 31st, 2010. Deaths, including dates and causes of death, were ascertained via linkage of the SCCS cohort with both the Social Security Administration (SSA) vital status service for epidemiologic researchers and the National Death Index (NDI) through December 31, 2010.

Preliminary analyses suggests there exists notable sex and racial disparities in heart failure risk and post-HF survival. In addition there may be differential associations between putative risk factors (socio-economic, lifestyle and anthropometric) and heart failure incidence. Similar linkages have been performed for other CVD outcomes including stroke and myocardial infarction and these analyses are forthcoming.