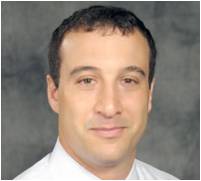 Development of a non-invasive, readily available, and safe test to identify and differentiate the types of myocardial injury, including acute myocardial infarction subtypes will radically alter clinical practice. Such a classifier (diagnostic) will allow for earlier, etiologically informed treatment of specific MI subtypes, resulting in the minimization of ischemic injury and limiting pharmacological and procedural interventions (and associated side effects) to only those likely to benefit. This diagnostic advance would be expected to improve the efficacy, safety, and effectiveness of treatment for over 6 million Americans presenting with signs and/or symptoms of suspected acute myocardial infarction each year.  Our laboratory has developed a unique cohort that has been phenotyped as acute thrombotic (type 1) MI, acute non-thrombotic myocardial injury (including type 2 MI) and stable coronary artery disease.   We are leveraging multiple omics platforms and calorimetry to identify perturbations specific to these acute diagnoses and testing the use of these biomarkers for the early identification and differentiation of the different myocardial injury types.