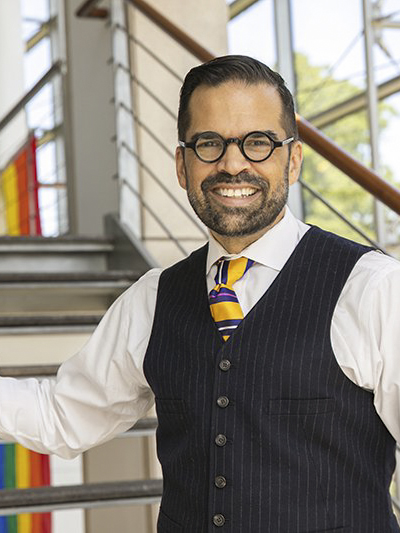 In July 2019, Del Ray Zimmerman was named Director, Program for LGBTQ Health and Office for Diversity Affairs. Zimmerman performs all senior administrative duties for the LGBTQ Health division and oversees several major projects for the Office for Diversity Affairs. Zimmerman manages the operations functions of the LGBTQ Health Program, acting as the program's internal (VUMC/VUSM) and external representative, and supervising his staff. He is the main point of contact for most LGBTQ Health Program issues. Zimmerman served as Program Manager for LGBTQ Health since 2016. His background includes over 20 years of experience in non-profit management. Much of that experience was gained with local Nashville LGBT-focused organizations including: Nashville Cares, GLSEN, and OutCentral Cultural Center. Del Ray received his B.S. in Communications from University of Tennessee Knoxville and is originally from Winchester, Tennessee.