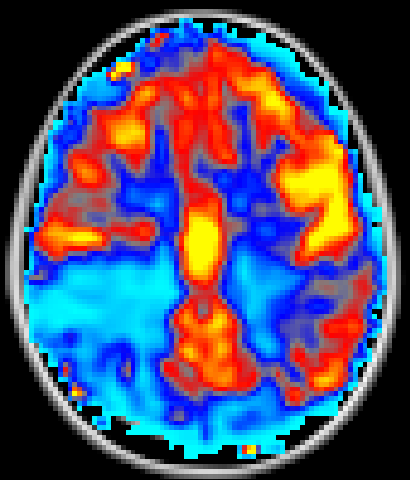 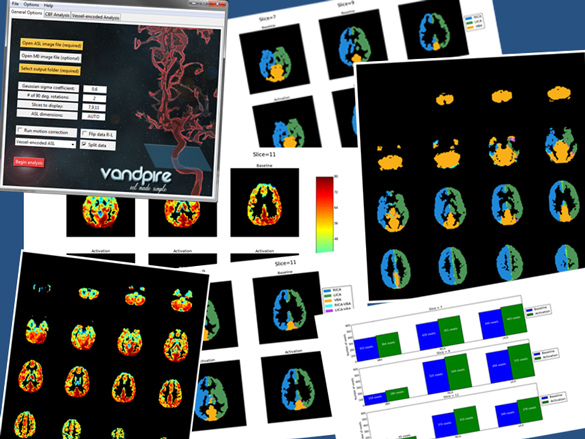 Vandpire ASL Toolbox: A Novel Data-processing Pipeline for Imaging Research (VANDPIRE) developed by Dr. Daniel Arteaga and Manus Donahue (Vanderbilt University Medical Center). VANDPIRE is an intuitive and comprehensive software for quantifying cerebral blood flow (CBF) and calculating CBF territories based upon arterial spin labeling (ASL) MRI data. CBF analysis, particularly CBF territory analysis, is time-consuming and requires an advanced knowledge of scripting and up-to-date mathematical models. As a result, many researchers who are interested in performing such analyses are unable to do so. This toolbox addresses these concerns, and additionally is available on multiple platforms as a graphical user interface, making such analyses much more accessible to researchers. Academic users may license and download the VANDPIRE software free of charge.

Rapidtide; developed by collaborator Dr. Blaise Frederick (McLean Hospital and Harvard University). The rapidtide suite is a set of python tools that we've developed and tested over the last several years in the McLean Hospital Opto Magnetic Group to perform rapid time delay analysis on functional imaging data to find time lagged correlations between the voxelwise time series and other time series. This technique can be used to detect, quantify, and display blood-borne physiological noise signals, as a method for quantifying hemodynamic parameters, and/or as a way to remove them from datasets to improve fMRI data quality. 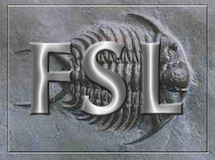 FMRIB Software Library (FSL) developed by members of the Oxford Centre for Magnetic Resonance Imaging of the Brain.