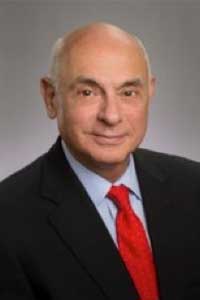 Dr. Johns is an internationally recognized leader in academic medicine, health policy, and as a head and neck cancer surgeon.

He currently serves as Professor in the Schools of Medicine and Public Health at Emory University. He is Executive Vice President for Health Affairs Emeritus at Emory University, and President, CEO, and Chairman of the Board Emeritus of Emory Healthcare – positions he held at Emory from 1996 to 2007. During this time, Dr. Johns engineered the transformation of the Health Sciences Center into one of the nation’s preeminent centers in education, research, and patient care. He also served as Emory’s Chancellor from 2007 to2012. Prior to coming to Emory, he was Vice President of the Medical Faculty and Dean of the Johns Hopkins School of Medicine. He recently served as interim Executive Vice President for Medical Affairs at the University of Michigan from June 2014 thru February 2015.

Dr. Johns has served on various private-sector and philanthropic boards, including Johnson & Johnson, the Genuine Parts Company, AMN Healthcare, and West Health. He was also a member of the Board of Regents of the Uniformed Services University of the Health Sciences.

In addition to leading complex administrative and academic organizations to new levels of excellence and service, Dr. Johns is widely renowned as a catalyst of new thinking in many areas of health policy and health professions education. He has been a significant contributor to many of the leading organizations and policy groups in health care, including the Institute of Medicine (IOM), the Association of American Medical Colleges (AAMC), and many others. He frequently lectures and publishes, and works with state and federal policy makers, on topics ranging from the future of health professions education to national health system reform. Throughout his distinguished career, Dr. Johns has been the recipient of numerous honors and awards. Most recently, in December 2016, he received an honorary Doctor of Science from his alma mater, the University of Michigan. In 2015, Dr. Johns received the Castle Connolly Lifetime Achievement Award, which is presented to physicians for their lifetime of dedication to research and practice in their respective specialties. In 2022, the National Academy of Medicine (NAM) honored Dr. Johns with its prestigious Walsh McDermott Medal, which is awarded to a member for distinguished service to the National Academies of Sciences, Engineering and Medicine over an extended period.

Dr. Johns received his bachelor's degree at Wayne State University in his hometown of Detroit and graduated with distinction from the University of Michigan Medical School. After completing his residency training in Otolaryngology/Head and Neck Surgery at Michigan, he joined the Medical Corps of the U.S. Army and was assistant chief of the Otolaryngology Service at Walter Reed Army Medical Center. In 1977, he joined the Department of Otolaryngology and Maxillofacial Surgery at the University of Virginia Medical Center, where he rose to the rank of Professor. In 1984, Dr. Johns was recruited to Johns Hopkins as professor and chair of Otolaryngology-Head and Neck Surgery, a department he built into one of the country's largest and most prestigious.

Dr. Johns has been married to Trina Johns for more than 50 years and has two children, Christina and Michael, both practicing academic physicians.