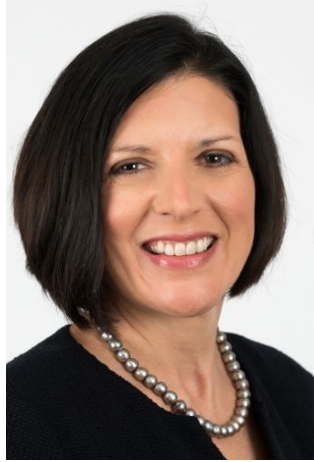 Lucinda (“Cindy”) Baier is the President, Chief Executive Officer, and a member of the Board of Directors of Brookdale Senior Living, the nation's premier operator of senior living communities. As of year-end 2020, the $3.5 billion company operates nearly 700 senior living communities and has the ability to serve approximately 60,000 residents through its independent living, assisted living, Alzheimer’s and other dementia care, and continuing care retirement communities and through its comprehensive network of services. The company's 40,000+ employees are taking care of America's seniors and, in 2020, Fortune magazine ranked Brookdale as one of the top 200 largest publicly listed employers in the country.

Ms. Baier became Brookdale's President, Chief Executive Officer, and a member of the Board of Directors on February 28, 2018. From the beginning, she initiated the company's operational turnaround strategy and developed the “Winning Locally” action plan. Within her second year, the company's Net Promoter Score® increased 20%. In her third year as CEO in 2020, J.D. Power recognized the company as #1 in customer satisfaction (in a tie) in assisted living/memory care communities. As CEO, she led the company through the largest public health crisis in 100 years by prioritizing the health and well-being of its residents, patients, and associates. She focused the company’s efforts on increasing diversity, including the Board and executive leadership team approaching gender parity in 2020. Ms. Baier led Brookdale's efforts to negotiate and restructure leases with its largest three REIT partners. She led the company through the sale of assets, including Brookdale's interest in the unconsolidated entry CCRC ventures and the majority share of its home health, hospice, and outpatient therapy business. These deals unlocked significant value for Brookdale and shareholders. In 2022 Baier published her first book Heroes Work Here: An Extraordinary Story of Courage, Resilience, and Hope from the front lines of COVID-19 in which she shares how she and her team led Brookdale through the COVID-19 pandemic.

Ms. Baier has served more than a decade as a board member for public and private companies. Currently, she is on the board of directors of Argentum, the National Investment Center for Seniors Housing & Care (NIC), and the Nashville Health Care Council, where she serves as Vice-Chair. She is a member of the NYSE Board Advisory Council, which identifies and connects diverse board candidates to NYSE-listed companies seeking new directors, and serves on the Vanderbilt University Medical Center Board.

A number of organizations have recognized Ms. Baier. Some of her awards and honors include Amazon Best Selling Author, CEO Forum Group’s 2021 Top 10 CEOs Transforming Healthcare in America; Nashville Medical News’ Class of 2021 “Women to Watch”; Corporate Citizenship 2020 Award from the Committee for Economic Development of The Conference Board; one of McKnight's 2020 "Women of Distinction"; and Nashville Business Journal’s "Most Admired CEO" list for two consecutive years.

Before becoming CEO of Brookdale, Ms. Baier was the company's Chief Financial Officer beginning in December 2015. In addition to experience as a seasoned chief financial officer for several companies, she has been responsible for multi-billion-dollar operations, the chief executive officer for a publicly-traded retailer and served as an executive officer of a Fortune 30 company.

Ms. Baier is a Certified Public Accountant and a graduate of Illinois State University, with Bachelor and Master of Science degrees in Accounting.