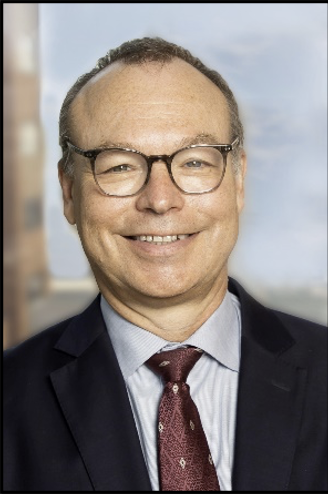 As the medical center’s chief executive since 2009, Dr. Balser has led remarkable growth, expanding patient visits to nearly 3 million with annual net revenues from $2B to over $6B. The highest-ranked adult and children’s hospitals in the Southeast by US News, VUMC is the employment home for over 40,000 people and houses the world’s highest volume heart transplant program, the Mid-South’s largest NCI-designated comprehensive cancer center, and a host of destination clinical programs. He has spearheaded an agenda to bring personalized medicine from research concepts to bedside care, integrating advances in biomedical informatics, discovery science, and precision genomics. Recognized as the academic leader in health information technology, the NIH Data and Research Support Center for the US Precision Medicine “All of Us” Program is based at VUMC.

From 2014-2016, Dr. Balser guided VUMC through an historic restructuring process, separating the medical center legally and financially from VU through a $1.2B public debt issuance to form an independent corporation that continues its historic academic affiliation with the university. He has guided acquisitions growing VUMC from two to five regional campuses, including seven hospitals with over 1700 inpatient beds and 200 outpatient facilities, while expanding the employed medical practice to over 3000, the largest in the Mid-South. VUMC houses one of the nation’s largest medical education programs with over 1100 residents and fellows training in over 200 specialties. The School of Medicine ranks among the nation’s top NIH grant recipients, with over $800M in annual research awards supported by government, foundation, and industry sponsors.

Dr. Balser was elected to the National Academy of Medicine in 2008, and since 2018 he has been a member of the organization’s governing council. He served as chair for the 2020, 50-year anniversary scientific sessions, and co-authored the academy’s sector review on healthcare delivery organizations during the COVID-19 pandemic. He serves on the boards of VUMC, Tulane University, the Nashville Healthcare Council, and was a director for Varian Medical Systems (VAR) until its recent acquisition by Siemens. He presently serves as a director of CVS Health (CVS).

He undertook internship on the Osler Medical Service, residency in anesthesiology, and fellowship training in cardiac anesthesiology and critical care at Johns Hopkins in Baltimore, MD. Joining the Hopkins faculty in 1995, he practiced cardiac anesthesiology and ICU medicine while leading an NIH-funded research program aimed at the genomic underpinnings of cardiac rhythm disorders. He returned to Vanderbilt in 1998, became chair of Anesthesiology in 2001 and VUMC’s chief research officer in 2004. In 2008/09, he was named Dean of Medicine and Vice Chancellor for Health affairs with executive responsibility for Vanderbilt’s medicine-related programs, responsibilities that continue since 2016 in his role as President and CEO.