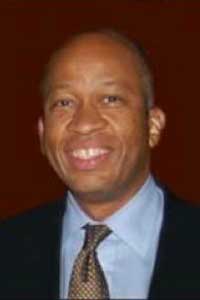 Dr. Patterson was elected to the Vanderbilt University Board of Trust in 2013. He is an internal medicine specialist engaged in private practice in the Washington, D.C., area. He also is an associate clinical professor of medicine at George Washington University Medical Center, where he served on the Education Evaluation Committee from 1990 to 2013.

Dr. Patterson is past president of the Vanderbilt Medical Alumni Association and was a member of the board from 2004 to 2012. In 2012, he and his wife, Linda Young (B.A. ’81) established a scholarship at the Vanderbilt School of Medicine named for Dr. Patterson’s late parents. Dr. Patterson was elected to the Vanderbilt Medical Center Affairs Committee as a community member in July, 2012. He is a member of the American College of Physicians and a graduate of Leadership Washington. In 2012, he was elected to the Vanderbilt Chapter of AOA medical honor society. Dr. Patterson has been chosen by his peers as one of the Best Doctors in America in each selection since 1995. The Washingtonian magazine has named Dr. Patterson one of the top doctors for internal medicine since 1995. From 1999 to 2005, he served on the Board of Governors of the Abramson Scholarship Foundation, which provides financial and mentoring support to D.C. public school students interested in a college education.