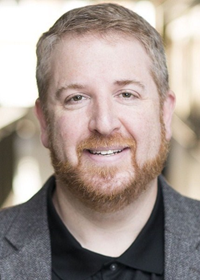 Seth Bordenstein, Ph.D., is a biologist in the Departments of Biological Sciences and Pathology, Microbiology, and Immunology at Vanderbilt University and the founding director of the Vanderbilt Microbiome Initiative and worldwide science education program Discover the Microbes Within! The Wolbachia Project. His laboratory studies the functional, evolutionary and genetic principles that shape symbiotic interactions between animals, microbes, and viruses as well as the major consequences and applications of these symbioses to humans. The lab employs hypothesis-driven approaches to study intimate (between hosts and obligate intracellular bacteria) symbioses that deeply impact animal reproduction and vector control as well as facultative (between free-living organisms) symbioses that shape genome and species evolution across the tree of life. Since animals regularly thwart or embrace the microscopic world in both intimate and facultative symbioses, the evolutionary history of animals is generally impacted by microbial ecology.  Bordenstein’s research and science education activities have been highlighted in various popular science media including a documentary on bacterial symbiosis, the New York Times, National Geographic, Discover Magazine, Public Broadcasting Service, Scientific American, and BBC Radio.

We endeavor to understand the principles that shape interactions between hosts, microbes, and viruses and the major consequences and applications of these interactions. Four key questions that drive basic and translational outcomes are: