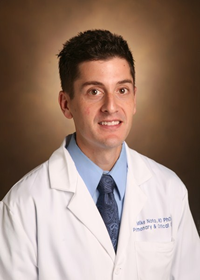 The Noto lab is focused on studying innate host defenses against acute bacterial lung infection. We are particularly interested in ways to augment host immunity as an antibiotic-independent approach to pneumonia therapy as well as understanding how combinations of bacterial pathogens present in the polymicrobial lung infections alter host immunity to promote the survival of the bacterial community.