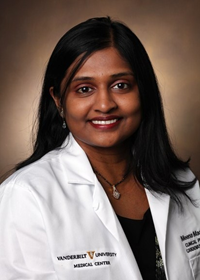 Hypertension is a leading cause of worldwide morbidity and mortality, leading to stroke, myocardial infarction, vascular disease, and chronic kidney disease. Emerging evidence from our laboratory and others indicates that hypertension is an inflammatory process in which T cells and T cell-derived cytokines play a central role. Despite this evidence, there are currently no treatments for hypertension that target the immune system. We were the first to demonstrate a critical role for the pro-inflammatory cytokine, interleukin 17A (IL17A), in angiotensin II induced hypertension and vascular dysfunction. When given angiotensin II, mice lacking IL17A have reduced blood pressure and preserved vascular function compared to normal mice. Recent data demonstrates that salt can directly influence naive T cells to differentiate into IL17 producing cells. How T cells can sense and respond to salt is unknown. My current research focus is how T cells and T cell-derived cytokines promote hypertension and renal/vascular dysfunction. Some current projects in my laboratory include:

Role of IL17 isoforms in hypertension and renal dysfunction:
There are two closely related isoforms of IL17 designated IL17A and IL17F. We have evidence that these isoforms have differential effects on hypertension and renal function. One focus of my lab is to characterize the role of IL17F in hypertension and the mechanism by which IL17 isoforms, A and F, may differentially regulate blood pressure through effects on renal and vascular function. To accomplish this, we use a combination of genetic knockout mice and neutralizing antibodies to IL17 and related proteins.

Effect of salt on T cell function in hypertension:
We and others have shown that salt can directly influence T cell differentiation into IL17 producing cells through upregulation of the salt sensing kinase, SGK1. We have created mice with deletion of SGK1 specifically in T lymphocytes to determine the effect on blood pressure and renal/vascular inflammation. Also, we have studies ongoing to determine how T cells sense and respond to salt. Interestingly, a small subset of T lymphocytes contain voltage-gated sodium channels. We collaborate with Dr. Kathy Murray's lab to perform whole cell patch clamping of T lymphocytes to investigate changes in sodium current between hypertensive and normotensive mouse and human T cells.

Immune mechanisms of aortic dissection:
Through a collaboration with Dr. Daniel Levy (Framingham Heart Institute), we have been studying the role of LNK/SH2B3 in hypertension and renal/vascular dysfunction. LNK was identified through a complex systems biology approach to be a key driver gene for hypertension. We have found that mice deficient in LNK have profound hypertension and renal/vascular inflammation. These mice are also predisposed to aortic dissection when given a saline load followed by angiotensin II. We are interested in how, and in which cell types, loss of LNK contributes to hypertension and this profound vascular dysfunction.