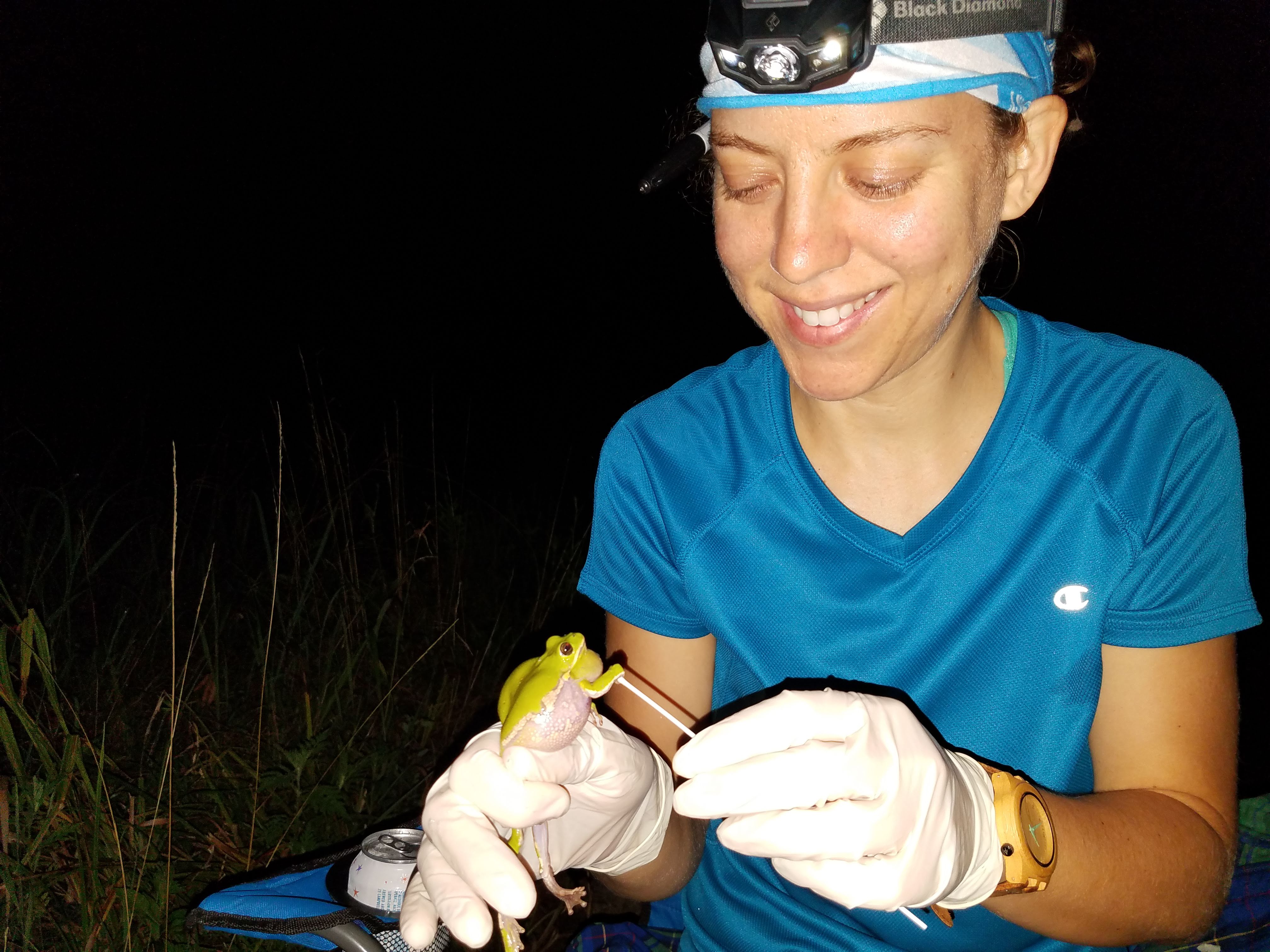 Dr Hall joined the Rollins-Smith Lab in 2017 as a postdoctoral researcher on the Department of Defense SERDP project looking at the effects of climate change on amphibian disease susceptibility. She received her PhD in Zoology in 2016 from Washington State University, where she was advised by Dr. Erica Crespi. She finished her BS in Zoology from Michigan State University in 2010.  She moved to a new post doctoral position at Temple University in the summer of 2021 but has now returned to the Rollins-Smith Lab as a Research Assistant Professor as of October 2022.  Dr Hall will focus her work on our recently created and funded Biology Integration Institute (BII): “Resilience Institute Bridging Biological Training and Research (RIBBiTR)" project. The institute encompasses nine academic institutions and thirteen senior investigators using field and laboratory studies to investigate how amphibian species are developing long term resistance to the fungal disease chytridiomycosis that has caused decades-long declines in amphibian populations around the world.