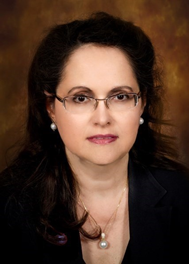 Dr. Schulman came to the US from Cuba at 10 years of age. After learning English and spending one of her High School years in Spain¸ she entered Princeton University, where she earned an AB degree before entering medical school. Upon graduation, she completed a residency in Pediatrics and a second residency in Radiology, subsequently graduating from a two year fellowship in Pediatric Radiology from The Children’s Hospital Boston and Harvard Medical School.

During her years at Vanderbilt, she has given back to her institution and to the Pediatric Radiology Community. She has led the division of Pediatric Radiology to a multimodality, multispecialty pediatric service at the Children’s Hospital, with a goal of excellence in service and family-centered care. That division now includes 11 pediatric radiologists, with pediatric subspecialty training in pediatric neuroradiology, pediatric nuclear medicine, pediatric interventional and pediatric musculoskeletal imaging.

She has written over 40 chapters and review articles and is a co-Editor of the major text: Caffey’s Pediatric Diagnostic Imaging 11th, 12th and upcoming 13th editions. She has authored over 140 peer-reviewed articles, over 100 abstracts and presentations, and has mentored over 40 medical students, houseofficers and faculty, receiving several awards including the RSNA’s Best Research including a resident. Some of her pioneer work includes investigation potential etiologic findings and ultrasound of pyloric stenosis, investigation of the inhibition of phagocytosis by barium in the peritoneal cavity, for which she received the Caffey Award, the highest honor bestowed by the Society for Pediatric Radiology for scientific research and has been PI or Co-PI in 13 grants.

Nationally, Dr. Schulman has chaired or co-chaired many committees and has held office in national organizations. At the American College of Radiology (ACR) she has chaired the Ultrasound Committee, the Pediatric Section of the National In-Service examination, the Guidelines (now Parameters Committee) and the Pediatric Commission as a member of the ACR’s Board of Chancellors, as well as its Vice-President. She received the Presidential Recognition Award from the Society for Pediatric Radiology (SPR) for her work with the Pediatric Radiology journal, has been President and Chairman of the Board of the Society for Pediatric Radiology, and has been awarded its Gold Medal, its highest honor and recognition, for the work that she has done to improve the imaging care of children.

Dr. Schulman reviews for many scientific journals, has been a member of the Editorial Board of Radiology and is currently a member of the Editorial Board of Pediatric Radiology. She is a Fellow of the American College of Radiology and of the American Academy of Pediatrics. Among her many services to the American Board of Radiology, she has chaired the ABR’s Committee on the MOC examination in Pediatric Radiology, and has received the ABR’s Lifetime Service Award. She is a founding and current member of the Steering Committee of Image Gently, and led the Pause and Pulse Campaign for radiation protection in pediatric fluoroscopy, which was the recipient of the Aunt Minnie Award for best philanthropic campaign in 2011. In addition to the SPR, she has been a member or chaired the Pediatric Program Committees of the RSNA and ARRS over multiple cycles, and has delivered multiple invited lectures nationally and internationally.