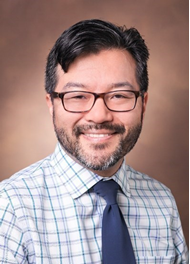 Dr. Nathaniel Clark joined the Vanderbilt faculty in 2007. He serves as the Chief Medical Officer of Vanderbilt Behavioral Health, the Chief of Staff of Vanderbilt Psychiatric Hospital. His primary clinical role is to serve as an inpatient psychiatrist specializing in the treatment of psychotic disorders. He was the lead clinician in the establishment and development of the Electroconvulsive Therapy Service at Vanderbilt, and, with the addition of repetitive Transcranial Magnetic Stimulation, served as the Clinical Director of the renamed Neuromodulation Service until 2016.

He has received several major teaching awards and distinctions from the Department of Psychiatry and the Vanderbilt University School of Medicine. Prior to joining the faculty, he was an inpatient psychiatrist at Newton-Wellesley Hospital in Newton, Massachusetts, and completed his general psychiatry residency at Boston University.