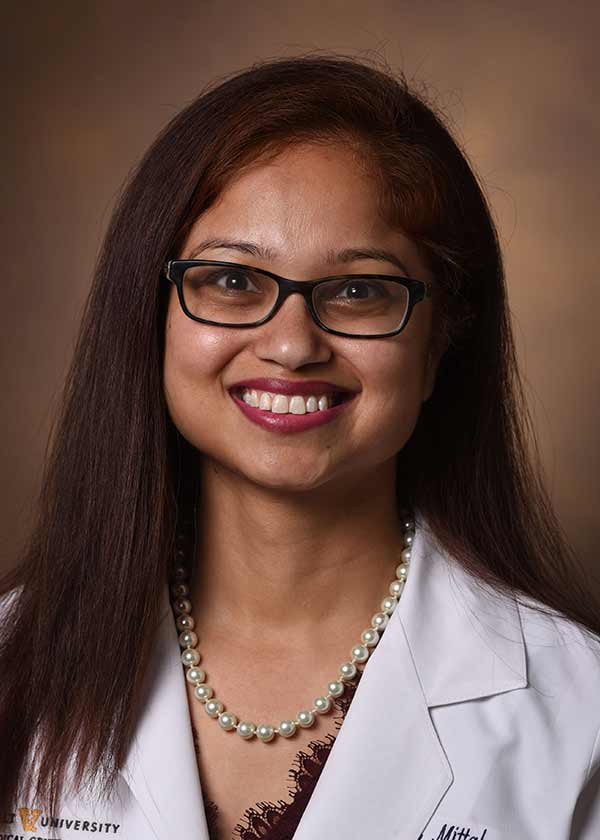 Dr. Shilpi Mittal is Assistant Professor of Neurology at Vanderbilt University Medical Center, where she practices vascular neurology, general neurology, and teleneurology. She is certified by the American Board of Psychiatry and Neurology, the American Society of Neuroimaging, and ABPN Vascular Neurology.

Dr. Mittal received her MBBS degree (Bachelor in Medicine and Bachelor in Surgery) from Jawaharlal Nehru Medical College in Aligarh, India, which preceded residency in Obstetrics and Gynecology at Gujarat Cancer Research Institute, B.J. Medical College in Ahmedabad, India. She then served one year as a Research Fellow at the Vincent Center for Reproductive Biology, Massachusetts General Hospital. Dr. Mittal shifted her clinical focus to Neurology, completing Neurology residency at University of Connecticut Health Center/Hartford Hospital, where she earned the Virginia Scola Compassionate Physician Award and the Edward J. Frederick’s Exemplary Teacher Award. She followed up her residency with a fellowship in Vascular Neurology and Stroke at Yale University/Yale New Haven Hospital, prior to her appointment at VUMC.