Evidence Based Practice and Nursing Research 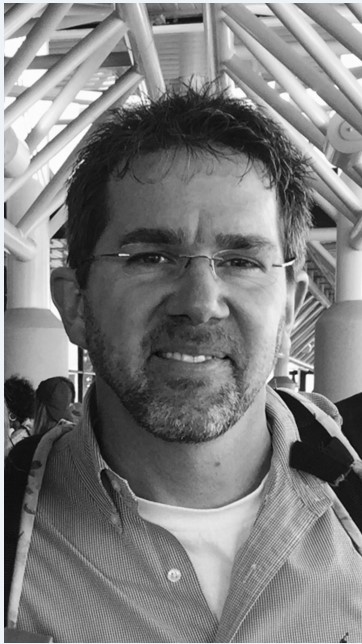 Type of project: EBP implementation and Research/evaluation of outcomes

Why you chose this project:

After speaking with several RNs, patients, and even one RN and one provider that had recently been through an atrial fibrillation ablation procedure, I determined that there was a need to complete a research study that could determine the safety and effectiveness of decreasing complaints of back pain.  I researched evidence based studies and found that there was no difference in bleeding reported from femoral arterial sites when patients were allowed to have the head of their bed elevated post-procedure (after sheath pull).

I collaborated with our management and two electrophysiology cardiologists, presented the evidence and proposed a trial for a portion of our patient population. The trial was for patients who were at VUMC for an atrial fibrillation ablation procedure, where the average length of the procedure is 3-4 hours and the patient has a “flat time” on bedrest for another 4 hours.  The femoral sheaths are usually venous, so the risk of bleeding is less than a procedure where an artery is used. After meeting with management, I approached each of the other electrophysiology MDs and received approval to proceed.  The protocols for changing the flat time requirement to raising the head of the bed 30 degrees were then approved by both management and electrophysiology MD’s and the request submitted through the proper channels.  With the help of the RNs from our unit, we proceeded to collect data and documented the HOB elevation, medications given for back pain, bleeding issues throughout the day and bleeding upon initial ambulation.

Implications for the Future:

Opportunity to change the post procedure protocol for multiple other procedures recovered in the CCL Holding Room/ EP PACU that have potential to result in similar patient satisfaction and cost savings benefits. 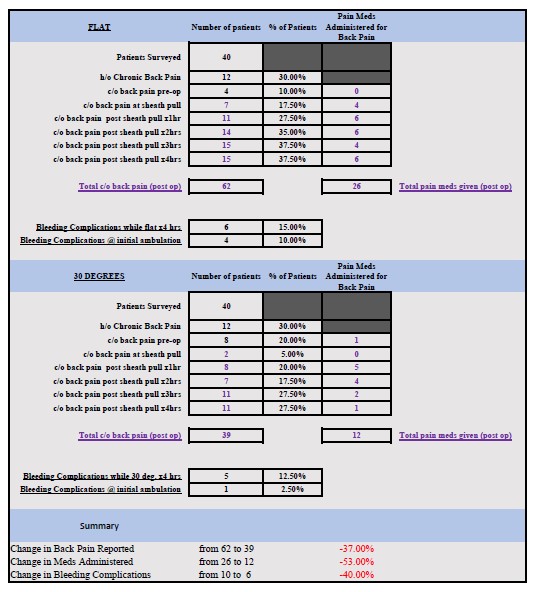