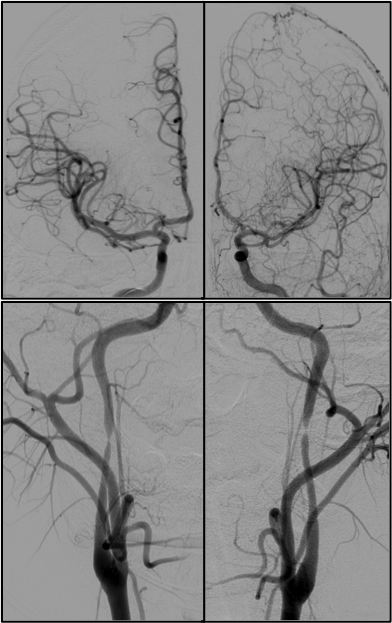 The overall aim of this work is to assess the relationship between stroke risk and hemodynamic compensation strategies, as measured using a novel 3.0 Tesla MRI protocol, in patients with symptomatic intracranial (IC) steno-occlusive disease. Recent studies have shown high two-year ischemic stroke rates in symptomatic patients with IC arterial stenosis. Therapy for IC stenosis patients includes revascularization with angioplasty, IC stenting, or bypass, however identification of patients most likely to benefit from these more aggressive interventions, rather than medical management alone, has been problematic. Accurate measurements of hemodynamic compromise are likely required to better define stroke risk and guide treatment decisions. Specifically, in IC stenosis patients with compromised cerebral perfusion pressure (CPP), the extent of hemodynamic compromise reflects the autoregulatory capacity of vasculature to increase arterial cerebral blood volume (aCBV) and/or develop collaterals to supplement cerebral blood flow (CBF). The prevalence of CBF collateralization and aCBV autoregulation has been hypothesized to correlate uniquely with stroke risk; however the extent of this correlation has been debated. The critical barrier to stratifying stroke risk rests with a lack of i) methodology for measuring multiple hemodynamic factors with high specificity and (ii) noninvasive approaches capable of monitoring longitudinal progression of impairment. We have demonstrated the clinical utility of relatively new, noninvasive MRI approaches for assessing cerebrovascular reactivity (CVR), aCBV, and collateral CBF. We hypothesize that stroke risk can be more completely evinced from collective measurements of these parameters. The noninvasive and multi-faceted scope of this investigation is intended to expand the diagnostic stroke infrastructure and elucidate new hemodynamic prognostic indicators of stroke in this high-risk population.

The goal of this work is to apply novel neuroimaging methods in patients with Moyamoya syndrome to test fundamental hypotheses regarding hemodynamic compensation, stroke history, and symptomatology. Moyamoya disease (MMD) has unknown etiology and is characterized by steno-occlusion of the supraclinoid internal carotid arteries and proximal branches, development of collateral vessels, and a high risk of stroke. Idiopathic MMD is relatively rare, however moyamoya syndrome (MMS), which can arise secondary to Down syndrome, sickle cell disease, atherosclerosis, and radiotherapy shares many phenotypical characteristics as idiopathic MMD, yet is observed much more frequently. Patients with MMS are at high risk for stroke, and compared with atherosclerotic disease where preferred treatment regimens are outlined by recent clinical trial results, optimal MMS therapies are less clear and may comprise medical management and/or surgical revascularization. Owing to the dynamic course of MMS, which includes a wide variation of progressive steno- occlusion, abnormal expression of endothelial growth factors and inflammatory proteins, hemo-metabolic disturbances, intimal vessel wall thickening, and neoangiogensis, there is a pressing clinical need to understand the pathophysiology of these processes, how they relate to symptomatology and stroke incidence, and ultimately may be used to stratify patients for therapy or guide development of novel pharmaceuticals. The critical barrier to achieving this rests with a lack of optimal methods that can be implemented for mapping and surveillance. Here, in adults and children with MMS, we implement new MRI methods developed in our center to test focused hypotheses regarding relationships between endothelial dysfunction, stroke incidence, and symptomatology; changes in vessel wall morphology, disease chronicity, and neurological symptoms; and oxygen extraction fraction response to surgical revascularization therapy. The short-term significance of this work is that it will improve our understanding of the physiological processes that underlie how tissue responds to proximal non-atherosclerotic steno-occlusion and revascularization, which will serve as a prerequisite for utilizing functional neuroimaging to stratify patients with MMS for appropriate therapy. The longer-term goal is to use this information to guide the development of novel pharmaceuticals or early screening procedures that may enable therapies to be titrated to patients prior to irreversible tissue damage.

The overall goal of this work is to expand our understanding of the basic pathophysiology of neurological morbidity in anemia using novel MRI-derived measures of oxygen extraction fraction (OEF). Sickle cell anemia (SCA) is a well-characterized monogenetic disorder with an abnormal form of hemoglobin (Hb) S that leads to many complications including a high prevalence of cerebral vasculopathy, silent cerebral infarcts, and overt strokes, 100-fold greater than other children. Secondary prevention of recurrent cerebral infarcts in children with SCA includes monthly blood transfusion therapy indefinitely. This strategy significantly reduces the risk of recurrent overt and silent strokes bu with substantial transfusion-related morbidity. Many children must be transfused to prevent one recurrent infarct. Improved abilities are required to identify and stratify children at the highest risk of stroke. The critical barrier rests with a general inability to identify underlying brain tisue-level impairment that may provide evidence-based biomarkers for stroke risk. Hemodynamic failure, measured by increased OEF (the ratio of oxygen consumed to oxygen delivered) in the brain, is associated with increased stroke risk. Limited widespread availability of methodologies for measuring OEF has prevented evaluation of OEF rigorous clinical studies in children with SCA at risk of infarct recurrence. Our team has recently demonstrated an ability to utilize MRI to measure OEF noninvasively. We are working to apply this method in children with SCA to test fundamental hypotheses about the relationships between OEF, other hemodynamic factors such as cerebral blood flow, and cerebral infarcts.

The goals of this work are to integrate novel measurements of human brain function and neurochemistry using innovative MRI methods to test fundamental hypotheses about the relationships between motor recovery, neurotransmitter levels, and hemodynamic reactivity in  patients after stroke. Data are intended to increase our understanding of the relationship between stroke-related disability and neurotransmission and improve abilities to quantitatively evaluate promising neurorehabilitative therapies that aim to promote functional recovery. Treatments that promote functional recovery following stroke remain extremely limited. Peri-infarct tissue that surrounds infarcted tissue has increased potential for functional reorganization and cerebral plasticity, yet neurorehabilitative treatments that promote plasticity remain underdeveloped. Adjuvant therapeutic modulation of excitability in both brain hemispheres may enhance recovery following stroke, and both upregulation of excitability in the lesioned hemisphere and downregulation of excitability in the intact hemisphere, along with pharmacological reduction of inhibition have supported this hypothesis. Such work is promising for improving motor recovery of stroke survivors, however questions remain regarding optimized implementation of therapies and details of the physiological changes they elicit. Implementation of such treatments will rely on an improved understanding of how neurochemical, hemodynamic, and metabolic changes in peri-infarct tissue relate to functional recovery and how such relationships adjust after therapy. Blood oxygenation level-dependent (BOLD) MRI can be applied to map brain activity, however BOLD signals are only indirect markers of neuronal activity that arise consequent to modulations in hemodynamics (cerebral blood flow: CBF; and volume: CBV), neurotransmission (involving the major excitatory and/or inhibitory agents glutamate (GLU) and γ-aminobutyric acid (GABA), respectively) and metabolism (cerebral metabolic rate of oxygen: CMRO2). In this work we focus on applying new methods to (i) expand our understanding of the relationship between inhibitory neurotransmission and functional imaging signals in healthy tissue, and (ii) quantify relationships between these measures and functional recovery in patients after stroke. 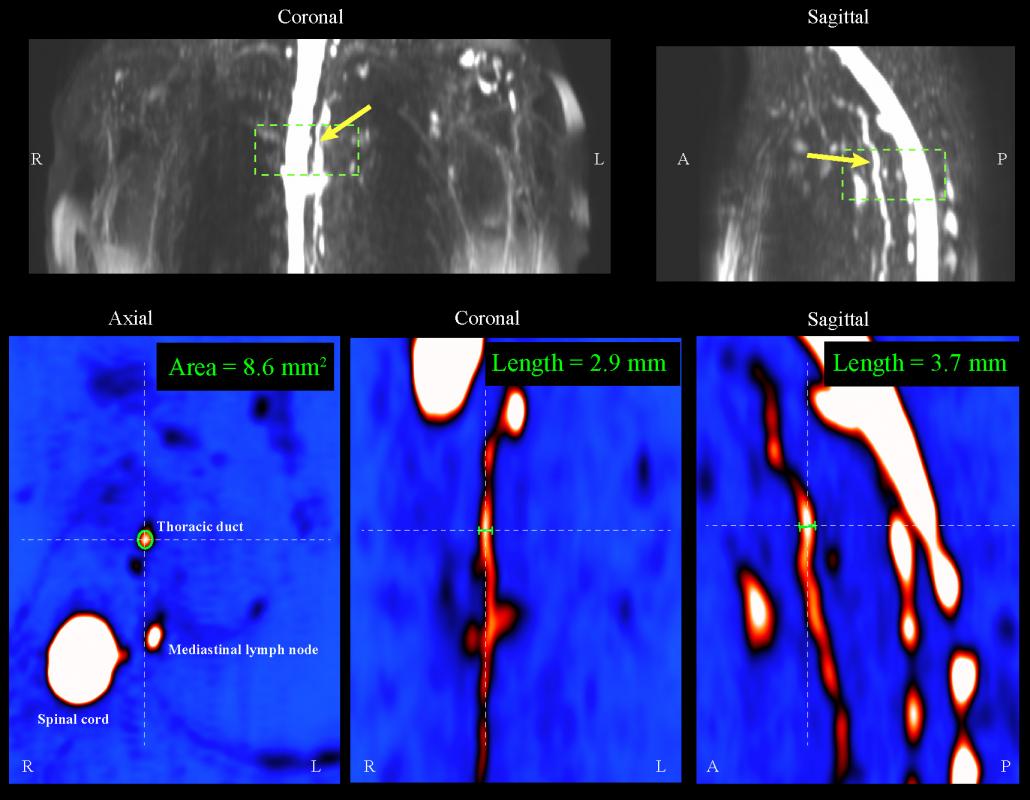 This work is focused on applying noninvasive structural and functional magnetic resonance imaging (MRI) methods to patients with mild and moderate breast cancer-related lymphedema (BCRL) for the first time to test fundamental hypotheses about relationships between lymphatic compromise and imaging biomarkers that may portend disease progression and individualized therapy response. BCRL is a chronic, debilitating disease caused by lymphatic flow obstruction in the legs, arms, and shoulder regions. Lymphedema secondary to mastectomy and radiation therapy is a growing health concern and has been reported to occur, on average, in 20% of women within three years after breast cancer treatment and in as many as 94% of women five years after breast cancer treatment. While there is no cure for lymphedema, it has been shown that behavioral adjustments and aggressive therapeutic management of patients in early or subclinical disease stages can prevent or reduce long-term impairment. However, very limited information is available for identifying patients at highest risk for lymphedema. Several specialized imaging methods have demonstrated that reduced lymphatic flow velocity and related lymphatic contractility impairment may portend lymphedema risk, however these approaches require radioactive tracers and/or exogenous contrast agents, are generally only available in specialized centers, and are not performed in routine patient management. We have very recently demonstrated that arterial spin labeling (ASL), a popular and noninvasive MRI method for measuring blood flow, can be adapted to measure flow of lymphatic fluid to axillary lymph nodes, and furthermore that lymphatic velocities reported using this technique are consistent with similar measures using exogenous contrast agents. Additionally, we have shown that chemical exchange saturation transfer (CEST) MRI can be used to characterize interstitial protein accumulation in patients in preclinical BCRL stages prior to limb volume changes. Importantly, both spin labeling and CEST utilize standard MRI equipment available at most hospitals and therefore can easily be disseminated to clinical or research centers seeking to expand their abilities to characterize lymphatic compromise. This work for the first time applies a noninvasive, multi-modal MRI protocol, which has demonstrated clinical potential in neuroscience, liver, and breast applications, to the human lymphatic system to better characterize lymphatic dysfunction and lymphedema risk in the growing breast cancer survivor population. 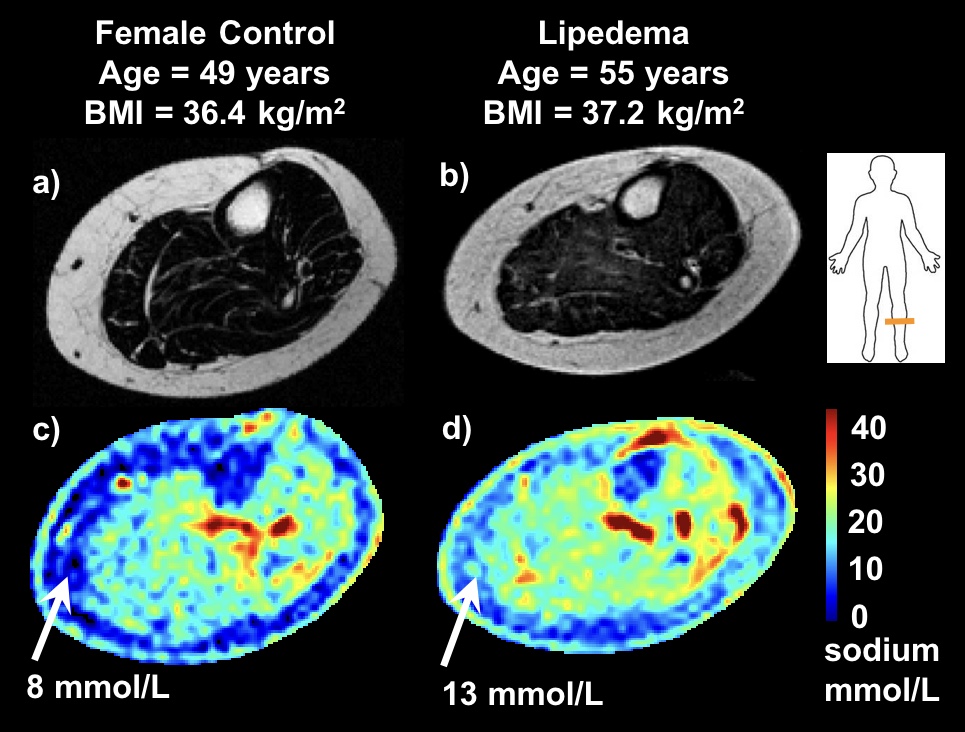 Research interests in our lab have focused on developing and applying novel imaging methods to better understand diseases of the circulation. This work initially focused directly on diseases of the blood circulation, including cardiovascular disease and stroke. In 2010, we became interested in extending our imaging methods to better characterize lymphatic dysfunction. During this time we developed and validated new non-invasive (e.g., those that do not require injection of any exogenous agents) imaging tools to characterize lymphatic flow and surrogates of lymphatic impairment including sodium accumulation, interstitial protein accumulation, and lymphatic node perfusion. We have applied these methods in the INFORM lymphedema trial (clinicaltrials.gov identifier = NCT02611557) to characterize lymphatic impairment in patients with lymphedema for the past four years. These methods also hold great potential for diagnosing and understanding lipedema, a painful fat disorder leading to fat accumulation primarily in lower extremities which does not respond to diet or exercise. This work is aimed at providing (i) objective internal markers that can be used to distinguish lipedema from lymphedema and obesity, and (ii) internal targets for theranostics. 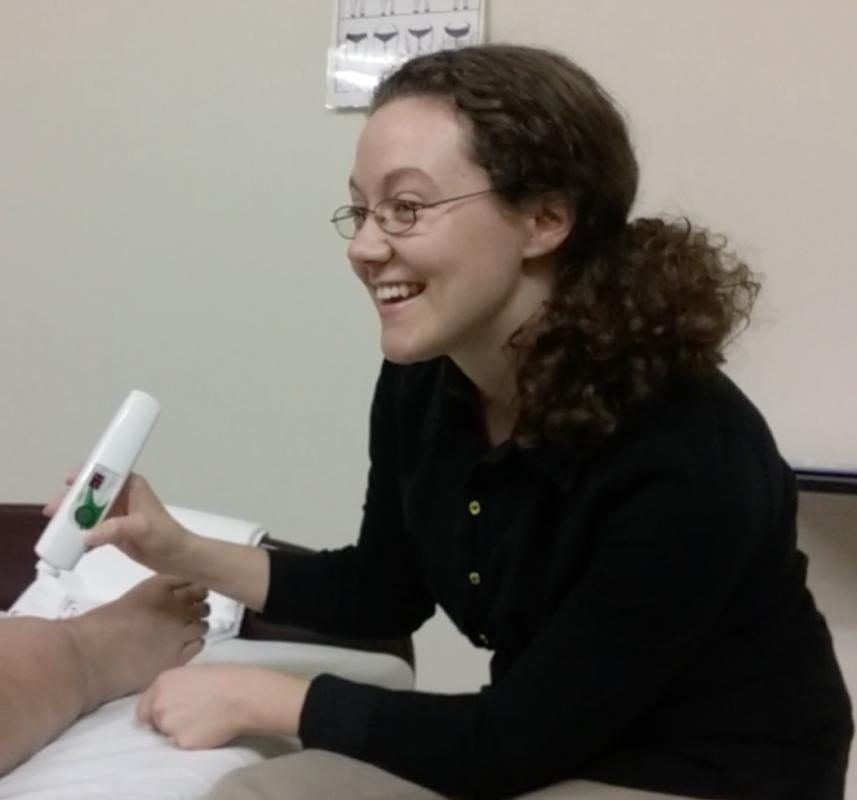 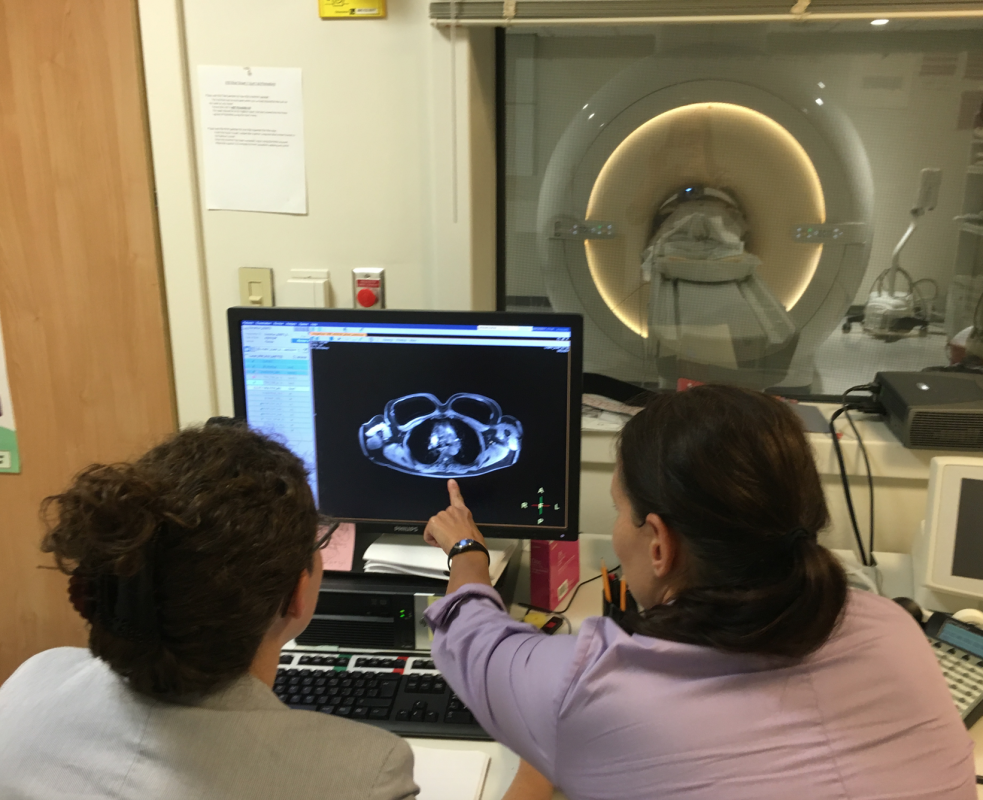 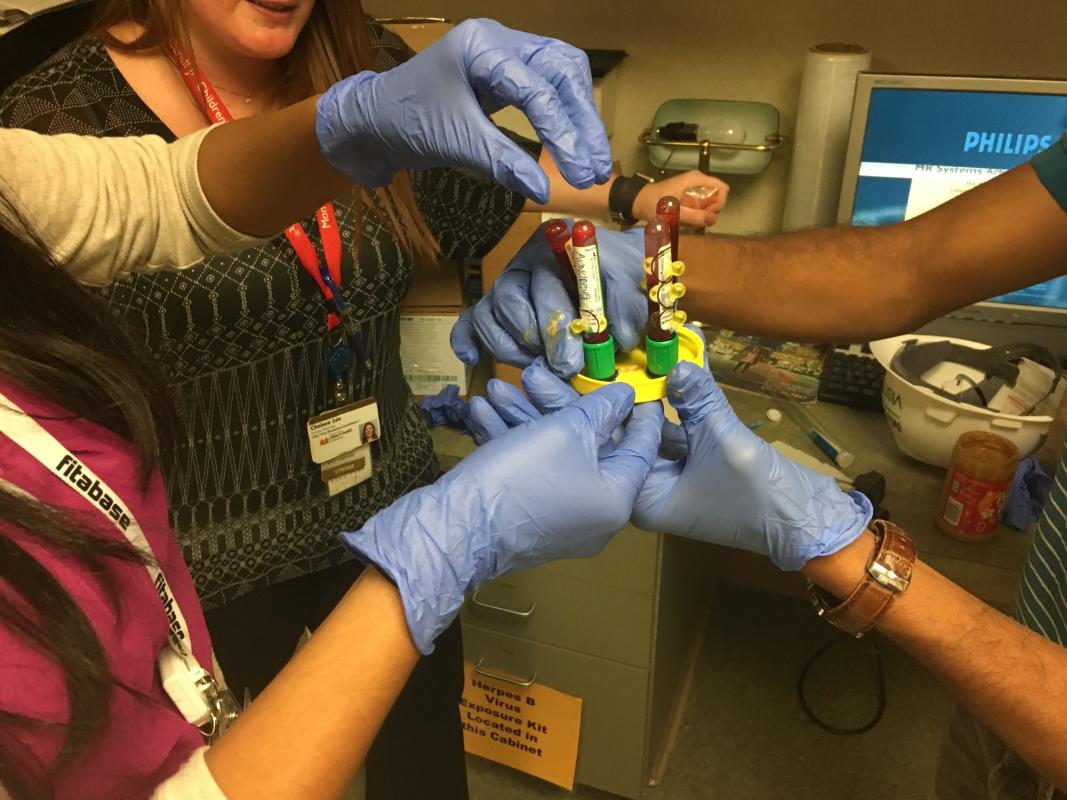 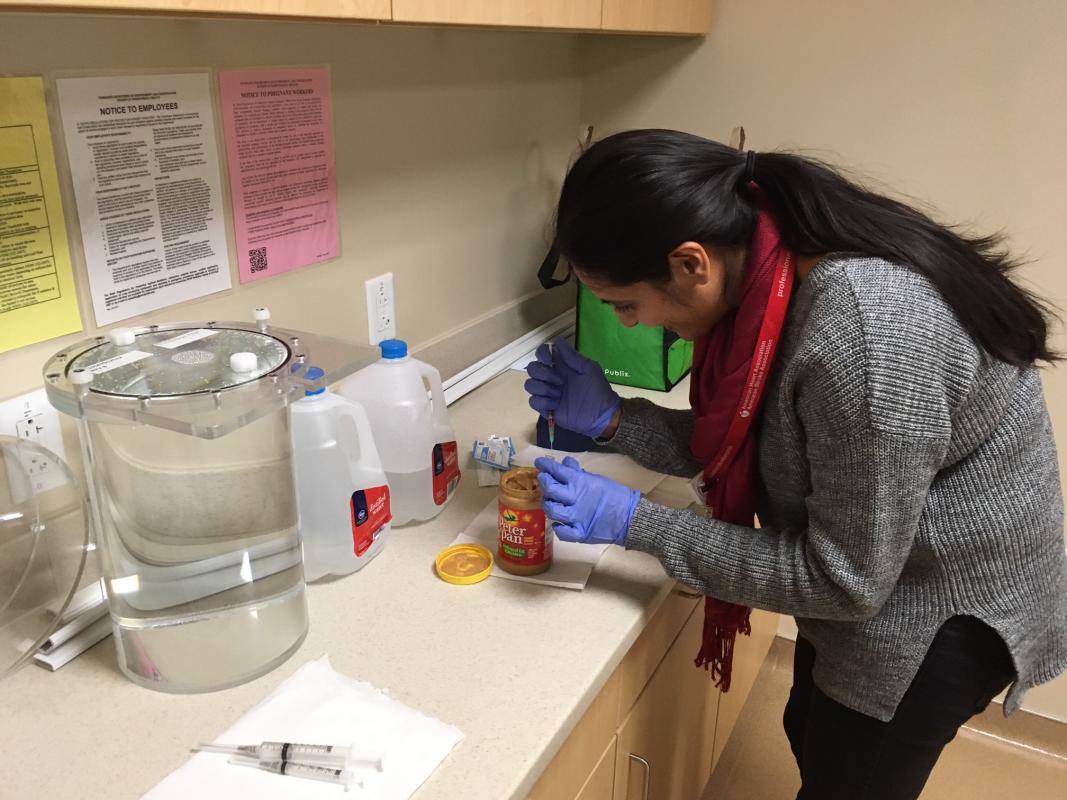 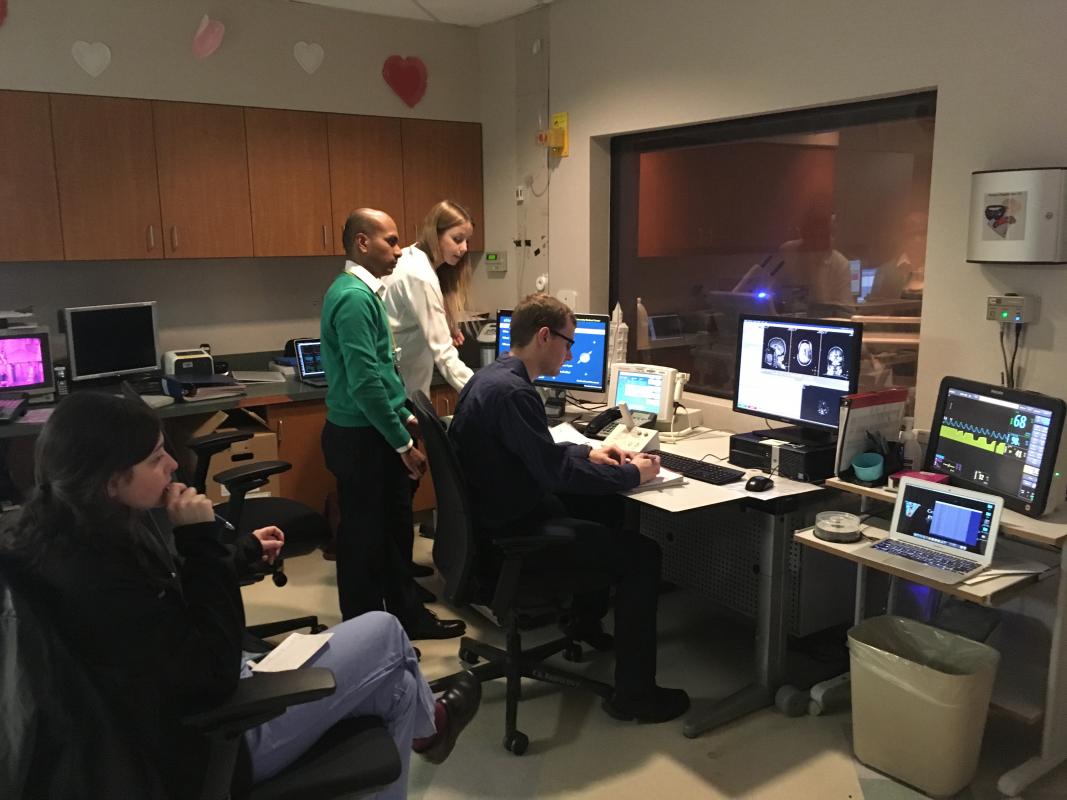