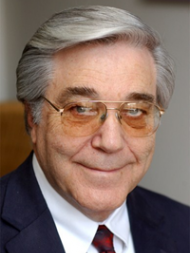 His research has focused on ancient collagen proteins that compose basement membranes, a specialized form of extracellular matrix. The matrix is essential for the development and maintenance of tissue architecture and function in all multi-cellular organisms from sponge to human. His research group discovered two collagen proteins, and named them alpha-3 and alpha-4 chains of collagen IV, and described how they, together with an alpha-5 chain, assemble into a complex α3α4α5 network that functions as a key component of the kidney filtration barrier. The network is directly involved in the pathogenic mechanisms underlying several diseases that cause kidney failure in millions of people: autoimmune Goodpasture syndrome; hereditary Alport syndrome; thin basement membrane nephropathy, Alport post-transplant nephritis, and diabetic renal disease. His work has defined the three-dimensional structure and antibody binding sites of the autoantigen of Goodpasture syndrome, uncovering clues to the pathogenesis of a prototype autoimmune disease. Recently, his team discovered a new chemical bond in biology that fastens the autoantigen together and helps hold tissues together in all animals. He is the coauthor of over 200 scientific publications and 30 patents.

He is a co-founder of NephroGenex, a biotech company that is developing Pyridorin, a drug-candidate which was discovered in his laboratory for the prevention of diabetic kidney disease. A Phase IIb trial was completed in 2010 and a phase III clinical trial is planned for 2012. He is also co-founder of the Aspirnaut Initiative, an educational initiative that encourages students, kindergarten thru undergraduate, to pursue studies and careers in science, technology, engineering and mathematics. The initiative has received national publicity for equipping middle and high school students with laptop computers and broadband internet access to turn long school bus rides into productive learning time.