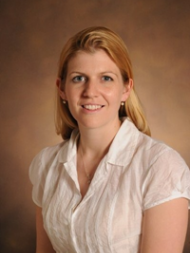 Research Specialty:
The Harrison lab is involved in a number of projects that focus on the connections between optimum nutrition and neuroscience. The dietary choices that are made throughout the life-span can have a dramatic impact on later development of neurodegenerative diseases, such as Alzheimer’s disease.

Research Description:
Within the lab, we use a number of different mouse models and dietary manipulations to investigate the changes that occur in the brain due to inadequate nutrition, including consumption of a diet deficient in vitamin C, and consumptions of diets with a high fat content. We are particularly interested in how these manipulations affect the development of Alzheimer’s disease-like neuropathology and cognitive decline in APP/PSEN1 transgenic mice. These mice exhibit many of the brain changes that occur in Alzheimer’s disease, including amyloid-beta protein deposits, neuroinflammation, and oxidative stress. They also show learning and memory impairments that worsen as they age. We study several factors that can accelerate these cognitive changes, but most critically, are looking for ways to reverse some of the molecular and cellular damage once it has occurred. Not all of the cognitive changes that occur during Alzheimer’s disease are due solely to the disease itself, but are instead, caused by linked factors. By targeting these, we have a new opportunity to improve quality of life and health outcomes for patients suffering from the illness, even while Alzheimer’s disease itself remains incurable.

There is a very strong link between type 2 diabetes and Alzheimer’s disease. Each condition can predispose a patient to the other. They also have a number of shared characteristics such as cognitive impairment, inflammatory response in the brain and vascular changes. By studying how mouse models of Alzheimer’s disease react to high fat diets, compared to their wild-type litter-mates, we hope to identify pathways that can be targeted to prevent or improve cognitive decline in both populations.